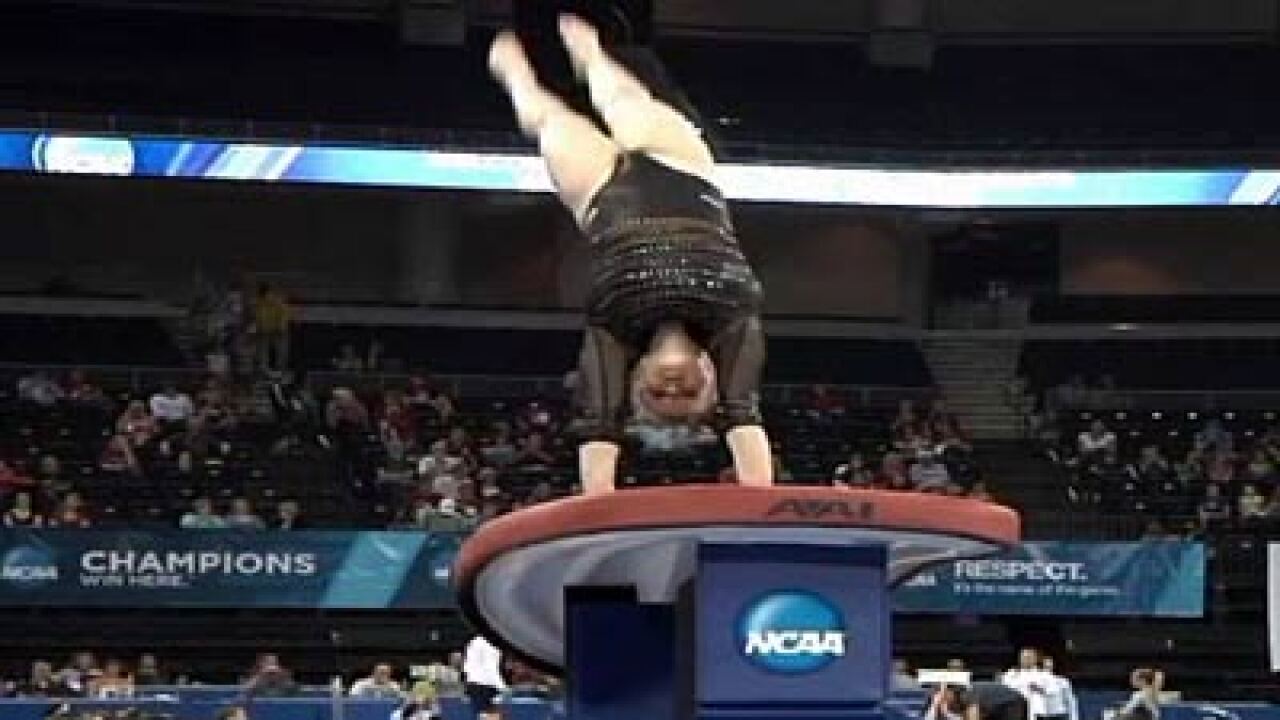 The NCAA women's gymnastics national title came down to the final competitors with UCLA, Alabama and Florida in a three-way battle for first place while Utah and Stanford vied for fourth.

UCLA had finished with a 197.750 after the fifth rotation, forcing the Bruins to watch defending national champions Alabama and top-seeded Florida compete on their final events. The title came down to the final competitors with Florida narrowly edging UCLA with a 197.775 and Alabama topping the scores with a 197.850. The Crimson Tide took their second straight title.

Utah and Stanford were neck and neck going into the final rotation with the Cardinals on the vault and the Red Rocks on the bars. Utah had defeated Stanford during the Pac-12 Championship and in Friday's semifinal, but Stanford was able to score a 49.550 on the vault, topping Utah's 49.300 bars score for fourth place. Stanford scored 197.500 and Utah finished with 197.375.

Arkansas was a distant sixth place after struggling on the floor and counting a fall. They finished with a 196.300.

Freshman Tory Wilson tied for fourth place on the vault with a 9.950, the only score above a 9.90 for the Utes. Stephanie McAllister tied for fourth on the bars, but struggled on the floor, stepping out and scoring a 9.725. A day after struggling on the beam, Kyndal Robarts was able to come back and score a 9.90 on the apparatus, the fifth-highest score on the beam.

Freshmen Georgia Dabritz and Kailah Delaney will compete for the individual vault title on Sunday.