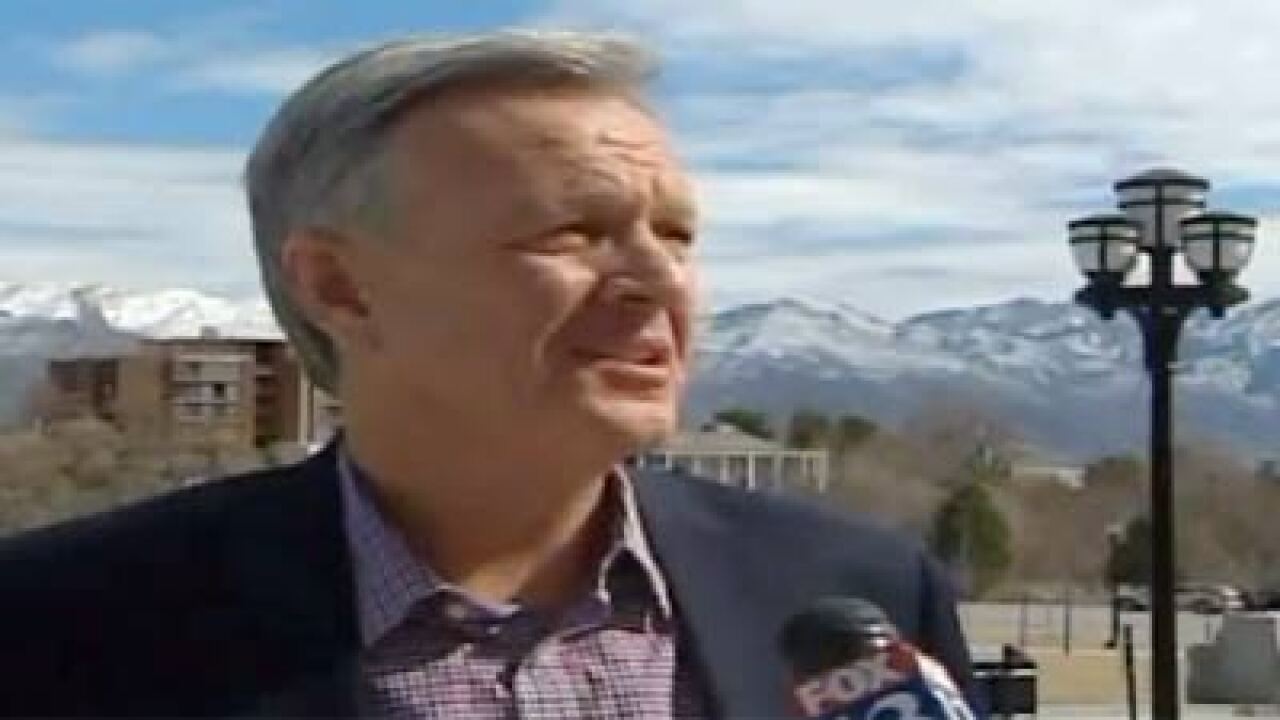 SALT LAKE CITY -- Democrats saw record-breaking numbers of delegates and participants in their state convention Saturday, with some surprises in contested races.

Scott Howell avoided a primary election for the Democratic nomination for U.S. Senate, defeating Pete Ashdown with 63 percent of the delegate vote. It was the most watched race of the day, with many predicting a primary.

"I didn't know what to expect," Ashdown told FOX 13 after the vote. "The polls showed me ahead. We worked hard, and I was hoping for the best."

Howell said he is preparing to face off against either Orrin Hatch or his Republican challenger, Dan Liljenquist.

"This campaign is about winning and we can do this," Howell said. "We will win in November."

Democrats were watching the results of the Utah GOP Convention in Sandy. Many reacted with surprise at Orrin Hatch being forced in a primary. Some were hoping for a primary between Gov. Gary Herbert and a challenger before they would face off against retired Gen. Peter S. Cooke, the democratic nominee.

One race that is going to a primary: the First Congressional District. 30-year-old Ryan Combe will face Donna McAleer in a primary. The victor in that race will face Republican incumbent congressman Rob Bishop.

"The challenge is, the primary is a consumption of capital and financial resources," McAleer said. "But I'm really thrilled with the turnout of all the delegates that came out from all over the state."

The Utah Democratic Party said 2,537 delegates were registered for Saturday's convention. They attribute their record-breaking numbers, at least in part, to a recent push by The Church of Jesus Christ of Latter-day Saints encouraging its members to become involved in the caucuses.

Combe, who is running his first-ever campaign, said there is also renewed interest in Democratic politics.

"We represent a new generation of representative," he said. "I think people in this state are ready for something new."

In other convention results: