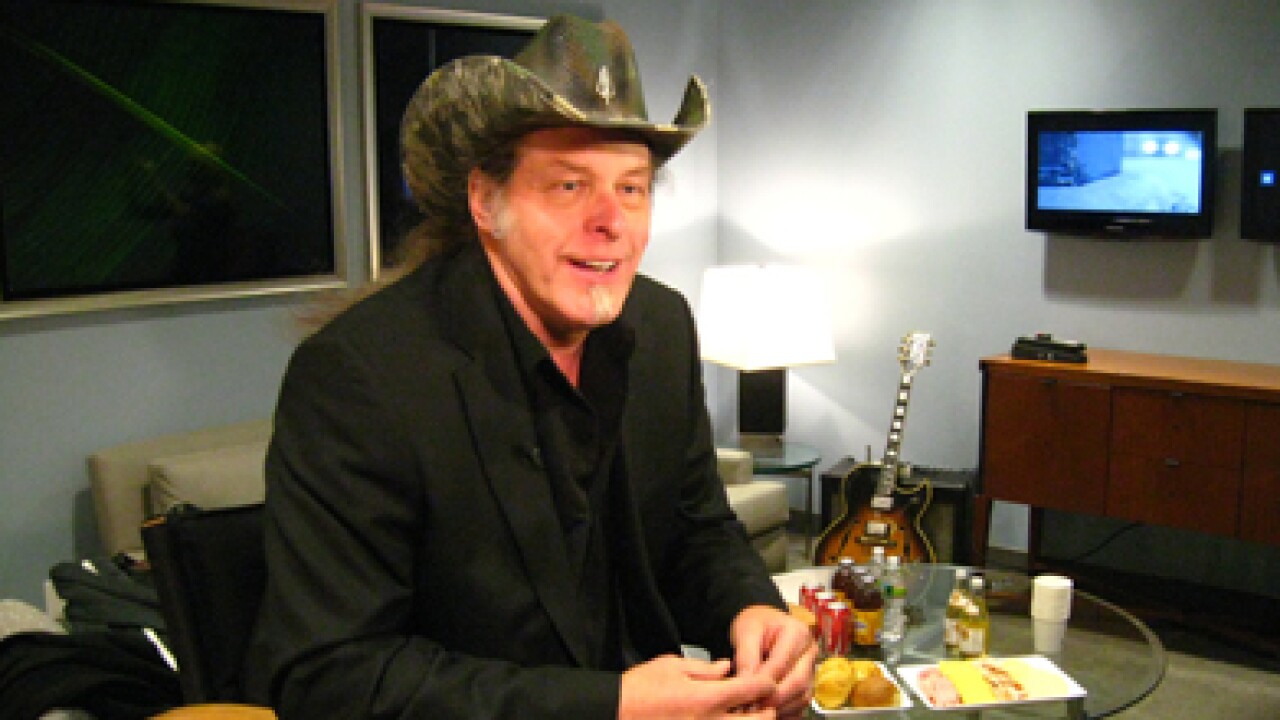 (CNN) — It’s lights out on Ted Nugent’s scheduled performance at an Army base in Kentucky.

Commanders at Fort Knox have decided against allowing the “Motor City Madman” to take the stage at the base in June, the latest fallout over Nugent’s comments that he would be “dead or in jail” if President Barack Obama were re-elected.

“After learning of opening act Ted Nugent’s recent public comments about the president of the United States, Fort Knox leadership decided to cancel his performance on the installation,” according to an announcement posted Saturday on the base’s Facebook page.

The concert at the base is part of the “Midwest Rock n’ Roll Express” tour featuring co-headliners Nugent, REO Speedwagon and Styx.

“Army Entertainment and the Fort Knox Directorate of Family and Morale, Welfare and Recreation remain committed to carrying out the June 23 concert, and the possibility exists that a replacement will be selected,” the announcement said.

It was not immediately clear whether Styx or REO Speedwagon planned to carry on with their scheduled performance.

Nugent and Fort Knox public affairs officials did not immediately respond to a CNN request for comment.

Response to the announcement was mixed, with more than 1,000 people weighing in with comments.

“I feel they had little choice after the comments Ted Nugent made at the NRA convention. As president, Obama is their commander-in-chief,” Carrie Peterson wrote on Facebook in response to the announcement.

Some urged the soldiers and their families to boycott the concert, while others urged Styx and REO Speedwagon to pull out of the show if Nugent is not allowed to perform.

Still others were angry at the base commanders.

“I’m very disappointed to hear that you canceled Ted Nugent – this man is a patriot and embodies the spirit of the 2nd amendment, one of our constitutional rights. I believe that the US Army is around to fight for our constitution and our rights. As a former US Army soldier, I am ashamed of your actions here,” Michael Edgerly wrote in his post.

On Thursday, the Secret Service said it resolved questions regarding comments that Nugent, a conservative activist and gun rights advocate, made about Obama during a speech at an NRA convention in St. Louis, Missouri.

“If Barack Obama becomes the president in November again, I will either be dead or in jail by this time next year,” Nugent said, according to a video that the NRA posted on YouTube. “If you can’t go home and get everybody in your lives to clean house in this vile, evil, America-hating administration, I don’t even know what you’re made out of.”

The video has since been removed.

Many have questioned whether Nugent was alluding to violence against the president.

Nugent issued a statement confirming his meeting and describing it as a “good, solid, professional meeting concluding that I have never made any threats of violence towards anyone.”

News of the canceled concert came a day after Nugent agreed to pay a fine, serve probation and record a public service announcement as part of a deal to plead guilty to transporting an illegally killed black bear in Alaska.

The plea deal, filed Friday in U.S. District Court in Anchorage, Alaska, stems from federal allegations that arose during a bear hunt in May 2009 that was filmed for Nugent’s television show, “Spirit of the Wild,” on the Outdoor Channel.

In the plea agreement, Nugent admitted to shooting and killing a bear using a bow and arrow during a hunt on Sukkwan Island in southeast Alaska, just days after he wounded another bear. Alaska limits licensed hunters to the bagging of one bear per hunting season. Under the law, the wounding of a bear counts toward the season’s bag limit.

Nugent gained musical fame in the 1960s as a member of the psychedelic band The Amboy Dukes, then as a solo act in the 1970s and later as a member of the 1980s supergroup Damn Yankees. He is probably best known for the1977 rock anthem, “Cat Scratch Fever.”