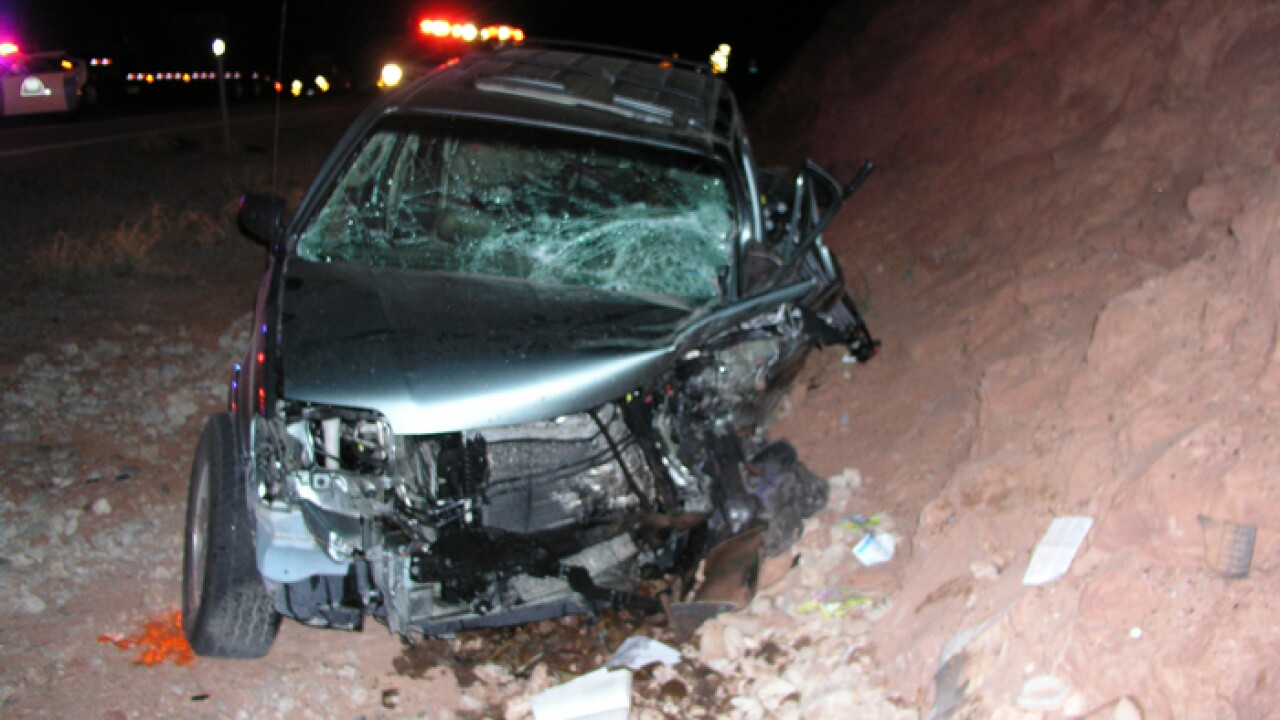 MOAB — Police say a man died after being hit head-on by another vehicle on SR 191 15 miles south of Moab.

Police say the driver of a green Ford Taurus was traveling at high speeds, driving recklessly while heading southbound. They say the 32-year-old driver from Phoenix, Ariz.  crossed the centerline in the Taurus, hitting a Ford Escape traveling northbound.

Police say the driver of the Escape died on impact. He is identified as 57-year-old Filemon Montoya of Sweetwater, Texas. He was wearing a seat belt.

The driver of the Taurus was transported to Moab Regional Hospital in critical condition and later flown to St. Mary’s Hospital in Grand Junction. Police say he was not wearing a seat belt at the time of the crash.

During the investigation police found that the Taurus was stolen out of Moab earlier Saturday. Police say alcohol, along with excessive speed, were the main factors involved in the crash.

The roadway was closed for one hour. No citations have been issued or arrests were made while an investigation of the incident continues.