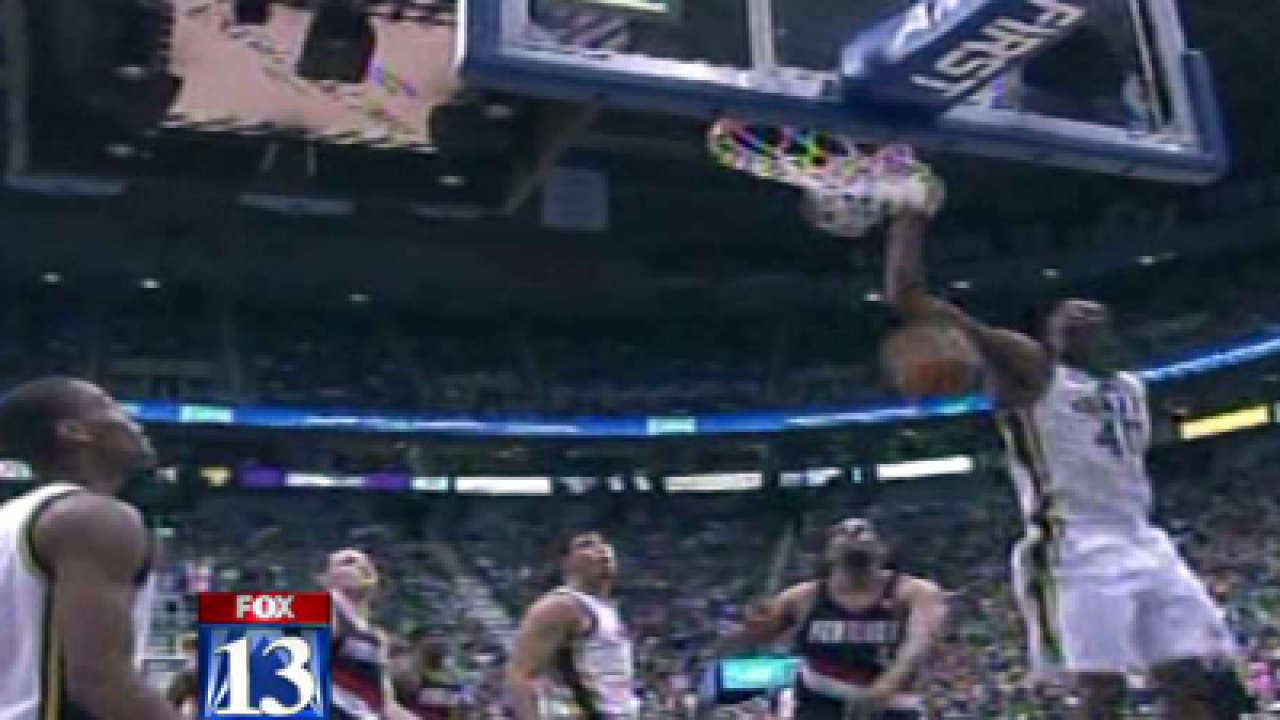 SALT LAKE CITY - The Utah Jazz wrapped up their regular season with a victory over the Portland Trailblazers on Thursday.

The Jazz' starters spent a lot of time on the bench as other players took center stage. Jeremy Evans, who won the NBA Slam Dunk Contest, had a double-double with 10 rebounds and 13 points. Enes Kanter added 10 rebounds and 12 points. The leading scorer for the Jazz was Alec Burks with 18.

The Jazz led by 2 with under 3 second left in the game and the Blazers had the ball. Former Jazzman Wesley Matthews took a 3-point shot for the game-winning score, but he  missed the shot after drawing contact with Blake Ahearn, but the foul wasn't called and the Jazz nabbed the 96-94 win.

The Jazz, who have won 5 straight, will now look forward to their first-round playoff series against the Spurs. The series starts in San Antonio on Sunday.