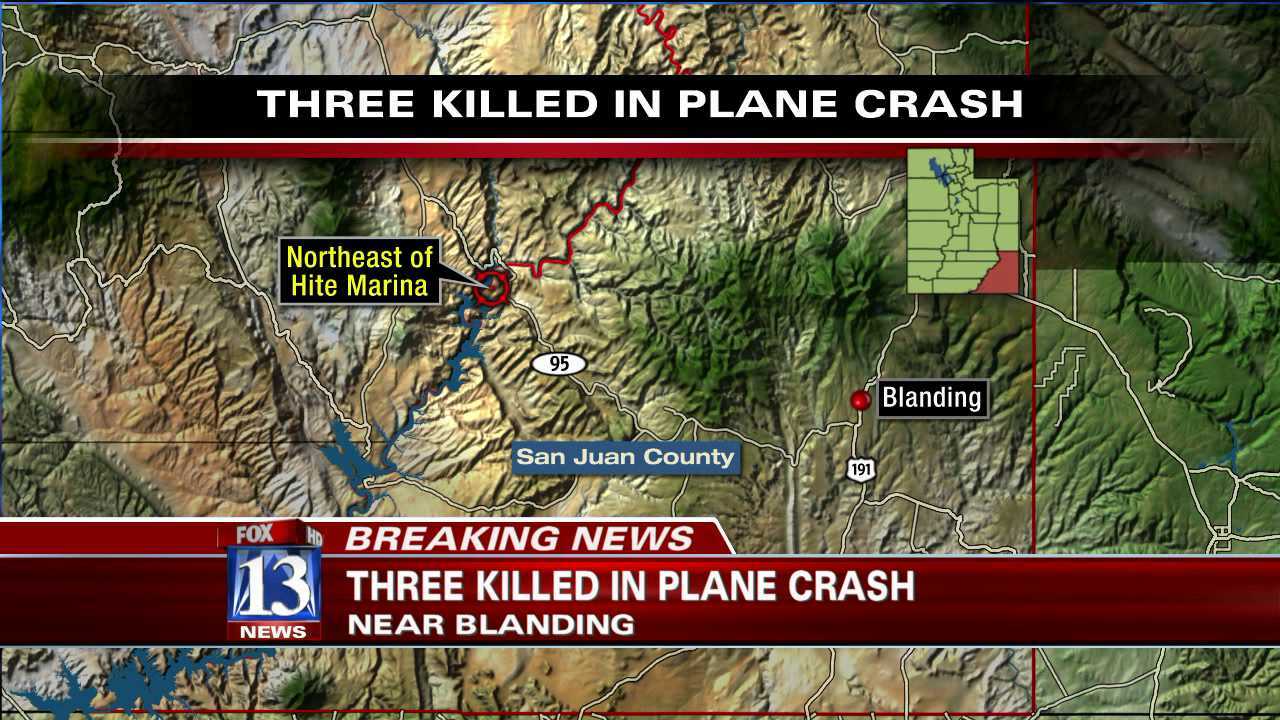 San Juan Sheriff Lt. John Young said the victims were two people from Texas and a pilot from Price who they hired to fly them around the area. The plane's spot notifiers, or beacons, stopped transmitting around 1:30 p.m. Wednesday. Red Tail Aviation of Price contacted the San Juan County Sheriffs Office and reported they had not heard from the plane for several hours.

San Juan County Sheriff's Deputies, along with the Utah Highway Patrol Aero Bureau, flew to the last known coordinates that were received by the spot beacon to discover that the plane had crashed and that there were no survivors.

Sheriffs say it appears that the plane had just lifted off from a small back country air field just outside of the Dark Canyon Wilderness area. After lift off, the plane flew east but soon crashed for unknown reasons approximately one mile from the air strip.

The victims were air lifted from the crash scene by the UHP helicopter to the nearest highway, State Road 95, where San Juan County Deputies and Search and Rescue personnel transported the victim's remains to Blanding, then to the Office of the Utah Medical Examiner in Salt Lake City.

The victims' names were not released pending positive identification.