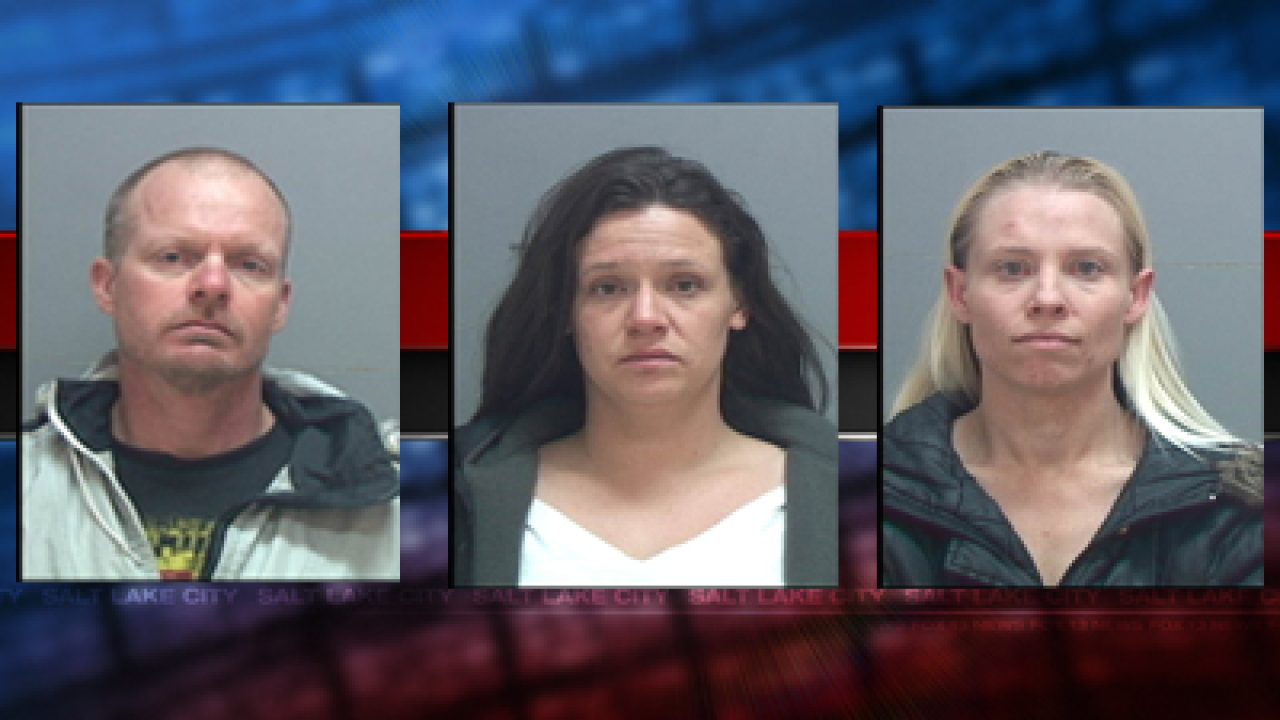 Officers pulled a vehicle over on a traffic violation just before 7 a.m. Saturday on State Street near 1500 South. Inside the car, they found suspected stolen merchandise and several people with arrest warrants on drug-related charges.

A search of the car found stolen items recently taken in a South Salt Lake car burglary, including a police uniform belonging to a Salt Lake Airport officer.

43-year-old Charles Norval Martin, 29-year-old Kylynne Salazar and 32-year-old Sandy Shields were arrested on outstanding warrants, most relating to theft and illegal drug use. A fourth person inside the car was released.

The three suspects will likely face additional burglary charges from South Salt Lake Police because the officer uniform was stolen there. The trio now sits in the Salt Lake County Jail.