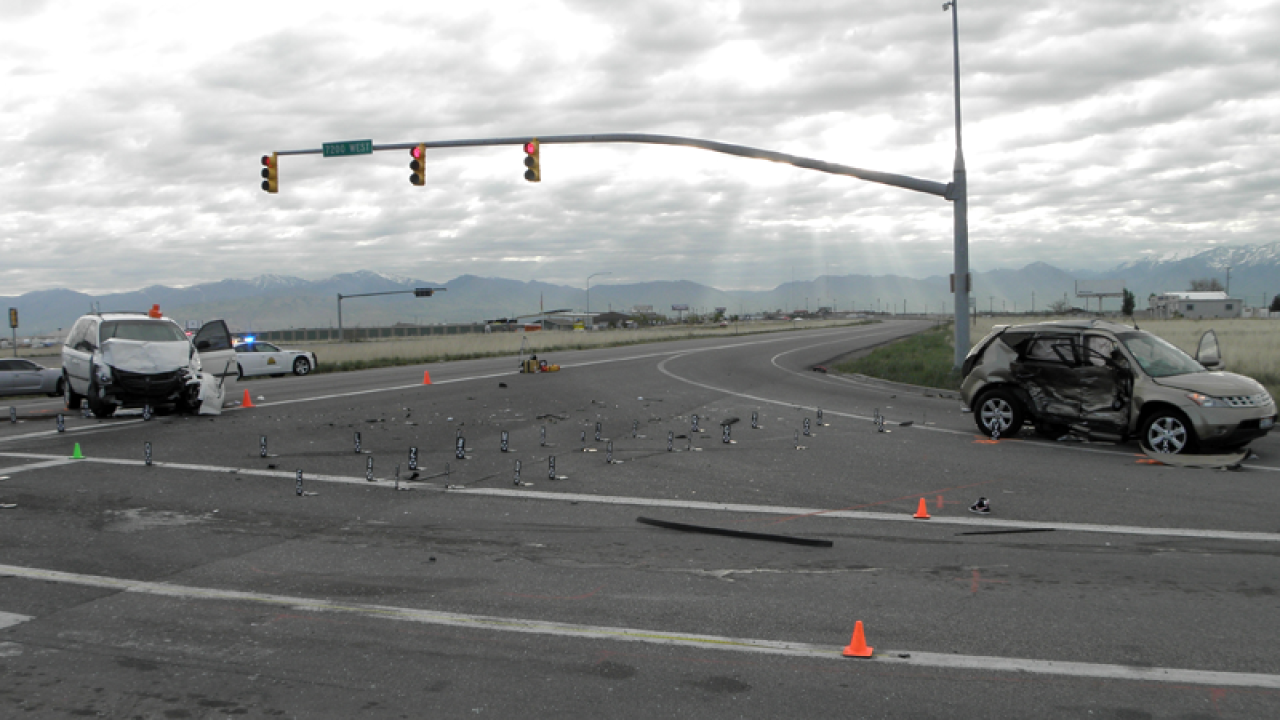 WEST VALLEY CITY – Four people were hospitalized after a crash on SR-201 on Sunday morning.

Police say that at about 6:10 a.m., a Dodge Caravan traveling eastbound on SR-201 ran a red light and hit a Nissan Murano, occupied by a mother and two children, which was turning southbound at 7200 West, striking it on the passenger side.

The driver of the Caravan, identified as 41-year-old Cheyanna Nemath, was booked into the Salt Lake County Jail and charged with driving under the influence.