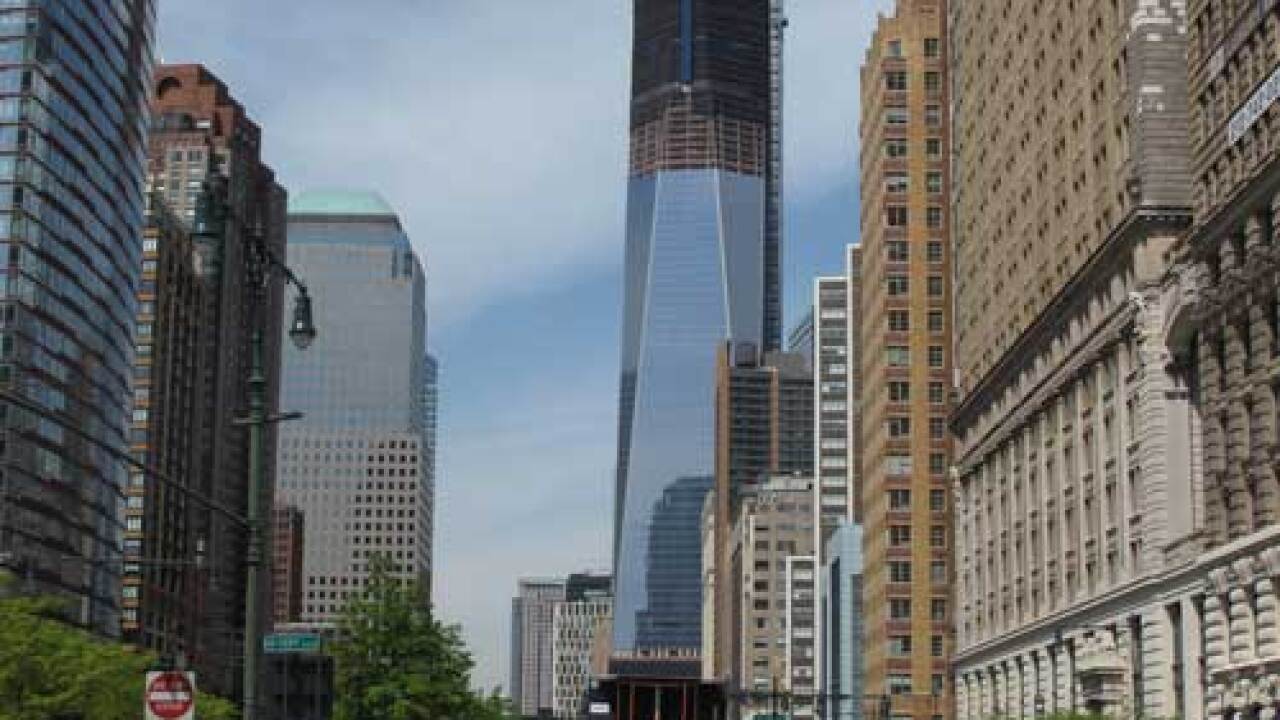 (CNN) — The World Trade Center is again the tallest building in New York one year after the killing of Osama bin Laden and more than 10 years after the attacks that brought them down.

It is still a work in progress: The hulking steel structure known as the Freedom Tower is still 500 feet shorter than it will be when complete.  But it is already a tribute to American resilience, a reminder that whatever devastation we face, we can still come back bigger and better than before.

My wife and I live two blocks from ground zero. The transformation of our neighborhood over the past decade has been inspiring, if comparatively unheralded. The streets that were once covered in ash and smoke are now teeming with life.

Lower Manhattan is the fastest-growing residential neighborhood in New York, with young families choosing to move into what had been a ghost town after dark for much of the past century. Businesses are relocating to Lower Manhattan as well, including many future tenants flocking to the Freedom Tower. Where George Washington took the oath of office, at Federal Hall, is again a vibrant crossroads at all hours.

Destruction is easy. Any determined idiot can do it. Building is hard work but infinitely more interesting. It is an expression of faith in the future.

We have been down a long road since the terrorist attacks of 9/11. And too often, the daily work of rebuilding does not get its due. But it is the main event, evidence of how we honor the past while moving on with life.

This past weekend, I was in New Orleans, a city that was devastated by Hurricane Katrina just seven years ago. But its heart never stopped beating, and the love it inspires as an American treasure — “like one long poem,” as Bob Dylan once wrote — is stronger than ever.

Bruce Springsteen closed out the first weekend of Jazzfest, and in the afternoon sunlight, he played “The Rising,” his post-9/11 anthem of resilience and rebuilding.  As he started to sing, a woman near me started crying. I don’t know the details of whom she lost that day, but it was a reminder of how the shadow of the past is never very far away. By the end of the song, comforted by her friends, she was again smiling through teary eyes and swaying to the music.

The Rising is real, and we are living it. It is a tribute to all who we have lost and all that we have been through. Most of all, it is the result of hard work. Yes, there have been mistakes and missteps along the way. Some would say with justification that this Freedom Tower milestone has been too long in coming, bogged down in red tape.  But the path is less important than the destination. It is a towering act of defiance, reaching into the sky as evidence of our refusal to live in fear.

The Freedom Tower and the neighborhood springing up around it are testimonials to our continued commitment to an idea embodied by the firefighters who died there on 9/11: We have met the worst of humanity with the best of humanity. Where others have destroyed, we will build. And we will endure.

The opinions expressed in this commentary are solely those of John Avlon.