TOQUERVILLE, Utah — An early-season wildfire in Toquerville, Utah, has been 100 percent contained Thursday evening, according to fire officials.

Officials say the wildfire started on Monday morning just northeast of Toquerville off of U.S. 17 by some burning debris and spread to 248 acres.

A helicopter GPS unit mapped the size of the fire on Wednesday, downsizing it to 248 acres from the previous estimation of about 500 acres.

Firefighters said Thursday that the blaze has been 100 percent contained.

Two firefighters were injured due to heat exposure from the flames, according to Toquerville Fire Information Officer Nick Howell. One was treated on the scene and another was transported to an area hospital and then released.

Crews say the fire was started by a group of people burning debris after the burn season was over. At least one person was cited for burning leaves and could face prosecution. 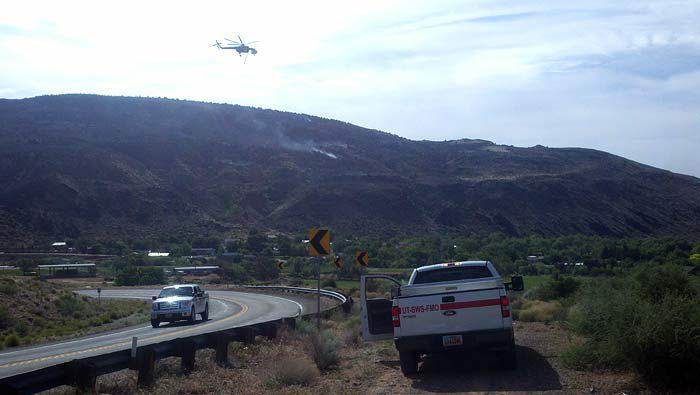