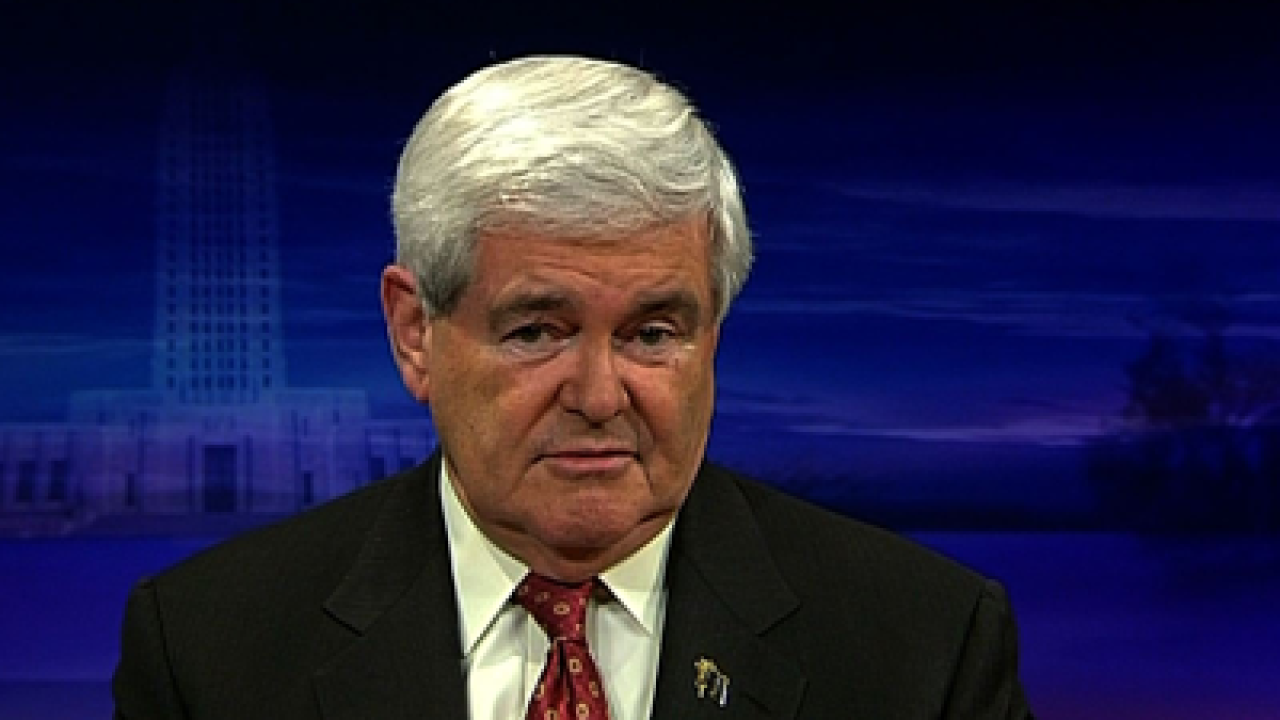 (CNN) — Newt Gingrich announced the suspension of his presidential campaign Wednesday in Virginia, a little less than a year after the former House speaker officially launched his White House bid.

The Gingrich and Romney campaigns have spoken consistently since Gingrich signaled he would pull out of the race this week.

In his speech Wednesday, Gingrich stressed the importance of defeating President Barack Obama in the November general election.

Gingrich’s spokesman R.C. Hammond said the former Georgia representative would spend most of the summer and fall on the campaign trail stumping for candidates.

Gingrich was left for political dead last year after his top campaign advisers quit but experienced a resurgence in late 2011, due in part to a Republican electorate unsure about Romney, the GOP frontrunner.

However, he failed to win early election benchmarks, only capturing two early voting states, his native Georgia and South Carolina. Gingrich said he will “feel slightly guilty” every time he goes through South Carolina for breaking the state’s tradition of voting for the eventual Republican presidential nominee since 1980.

Despite a string of election losses and armed with only 141 delegates, Gingrich continually vowed to stay in the race until the August convention in an effort to elevate his self-described “big ideas,” including his American energy plan and broad education reforms.

On Wednesday, he vowed to continue working on behalf of “American exceptionalism” and said he and his wife would continue to campaign on behalf of American energy independence and health care reform while promoting mental health awareness and a country that is capable of combating global threats.

“With every great challenge, Americans have reinvented themselves and their country,” Gingrich said. “Callista and I pledge to work with you and with every American who wants to create that better future.”

His speech grew personal when he talked about his grandchildren, Maggie and Robert, who joined him on stage and often appeared with him at campaign events. He became emotional when he mentioned them, pausing for a few seconds before thanking them for being the “two best debate coaches.”

In a statement released Wednesday, Romney said Gingrich demonstrated “eloquence and fearlessness in advancing conservative ideas” throughout his campaign.

“Although he long ago created an enduring place for himself in American history, I am confident that he will continue to make important contributions to our party and to the life of the nation,” Romney said. “Ann and I are proud to call Newt and Callista friends and we look forward to working with them in the months and years ahead as we fight to restore America’s promise.”

“As he exits the race for the Republican nomination, I’d like to acknowledge my former colleague in the House Newt Gingrich for running a spirited campaign. In particular, I want to thank the former Speaker for echoing my calls for monetary policy reform including a full audit of the Federal Reserve, steps that will bring America closer to lasting economic prosperity for middle-class Americans who bear the brunt of the dangerous and unjust inflation tax,” Paul, who remains in the race, said in a statement.

“Speaker Gingrich has been a tireless leader in our party for decades, and I know he will continue to be an outspoken advocate for conservative policies and Republican principles–not only in this election, but also for years to come,” Priebus said.