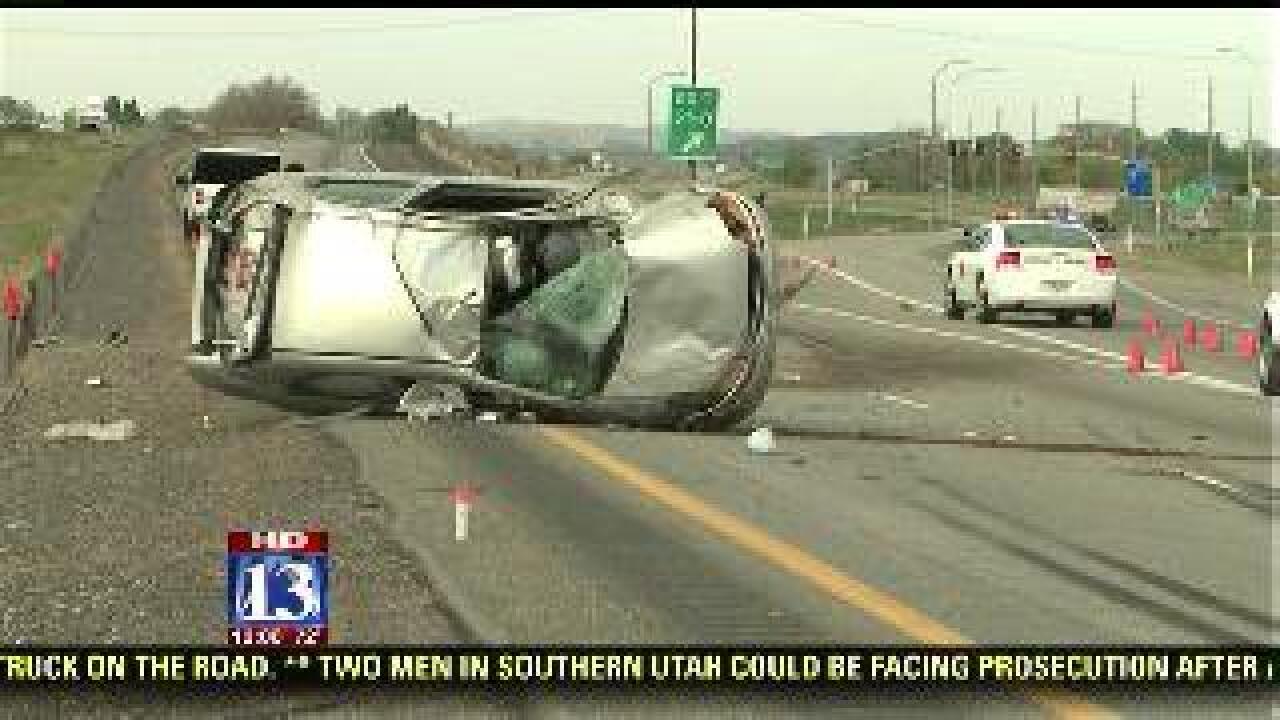 Officials with the Utah Highway Patrol say 34-year-old Tamra Loveless was driving northbound on I-15 near Payson at around 7 a.m. when she rolled onto the median and crossed into southbound traffic.

Loveless, who was not wearing a seat belt, was ejected from her vehicle then hit by a what witnesses say is a semi pulling a gravel trailer.  That semi continued driving and now investigators are trying to track it down.

"It's possible that that driver did witness the crash but maybe didn't see the body in the road. We just don't know until we talk to that driver," said Cpl. Todd Johnson, Utah Highway Patrol.

Investigators aren't sure what caused Loveless to lose control of the car, but are looking at her cell phone records to see if she was on the phone at the time of the crash.  Southbound lanes were closed for several hours, but reopened at about 10:15 a.m.

A second crash took place on I-15 northbound at the point of the mountain near Lehi just before 8 a.m.

Troopers said a motorcyclist was trying to move into the HOV lane, but traffic was congested and he slammed into the back of an SUV.

The motorcyclist, 57-year-old Kerry Oldham, was ejected and flew into the path of another car. He died at the scene, according to the Salt Lake County Sheriff's Office.