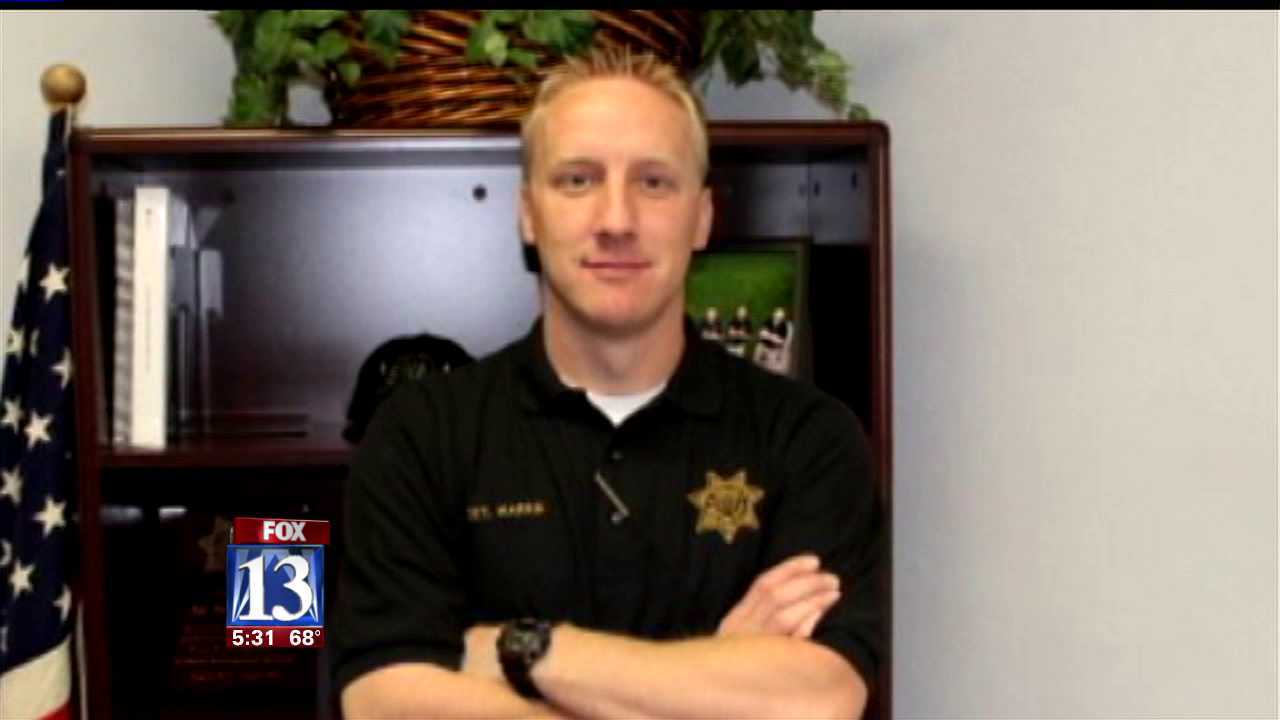 PROVO -- A school resource officer at Provo High School is on paid administrative leave after being accused of inappropriate behavior during a birthday party.

At a news conference Friday, police chief Rick Gregory confirmed that Officer Cody Harris was on leave pending an internal investigation by the Provo Police Department's Office of Professional Standards. The chief declined to provide specific details of what it is the officer was accused of doing, but said it happened earlier in the week while he was on-duty at Provo High School.

Gregory said he would not characterize what Harris did as a "strip tease," nor would he say what the officer wore. It was a complaint to the Provo Police Department that launched the investigation.

The police chief told FOX 13 he did not believe Harris broke any laws, but his alleged actions may have violated police internal policy.

Provo School District spokesman Greg Hudnall declined to comment because of the police investigation, but did say that no employees were involved except for being present at the party. No disciplinary action was planned for them, Hudnall said.

Outside the school, students spoke highly of Officer Harris.

"He's a good guy," said Armando Benitez. "I like him. I feel safe around him. He's just a really great guy."

Chief Gregory said Harris had no other problems in the five years he has been employed with the Provo Police Department as a school resource officer. Attempts to reach Harris for comment on Friday were unsuccessful.

The investigation comes as Provo police have attempted to recover from past allegations of officer misconduct. Gregory has been police chief for nearly a year, establishing an Office of Professional Standards.

"This is very disappointing to me, and this kind of behavior will not be tolerated," Provo Mayor John Curtis wrote on a city blog. "Like Chief Gregory, I hope it doesn't undermine the good work of the many other officers in our department."