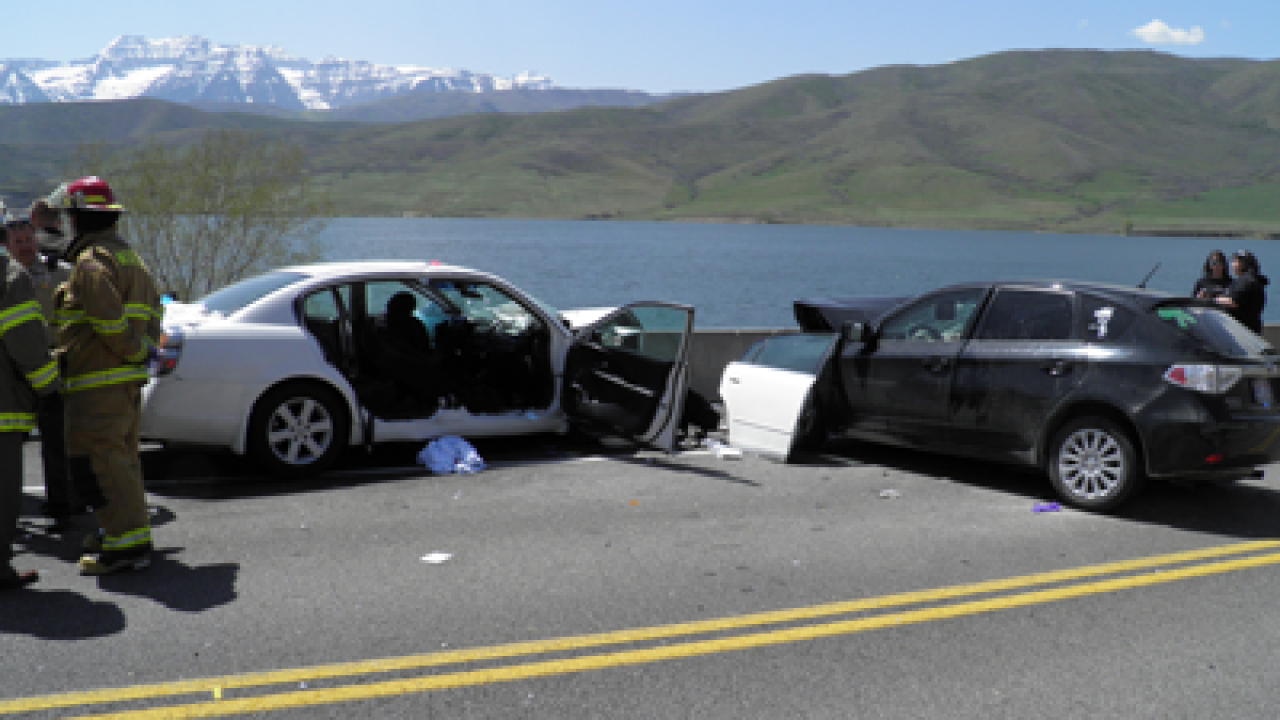 Officials with the Utah Dept. of Public Safety say the crash occurred at about 2 p.m. near mile post 22.

A 2-year-old girl died on May 7.  She was a passenger in the Altima and had been flown to Primary Children’s Medical Center with a 12-year-old female after the accident.

An adult female passenger in the Subaru, who was 25 weeks pregnant, was transported by medical helicopter to a hospital. The unborn child died as a result of the accident.

Drugs, alcohol and speed are not considered factors in the crash.