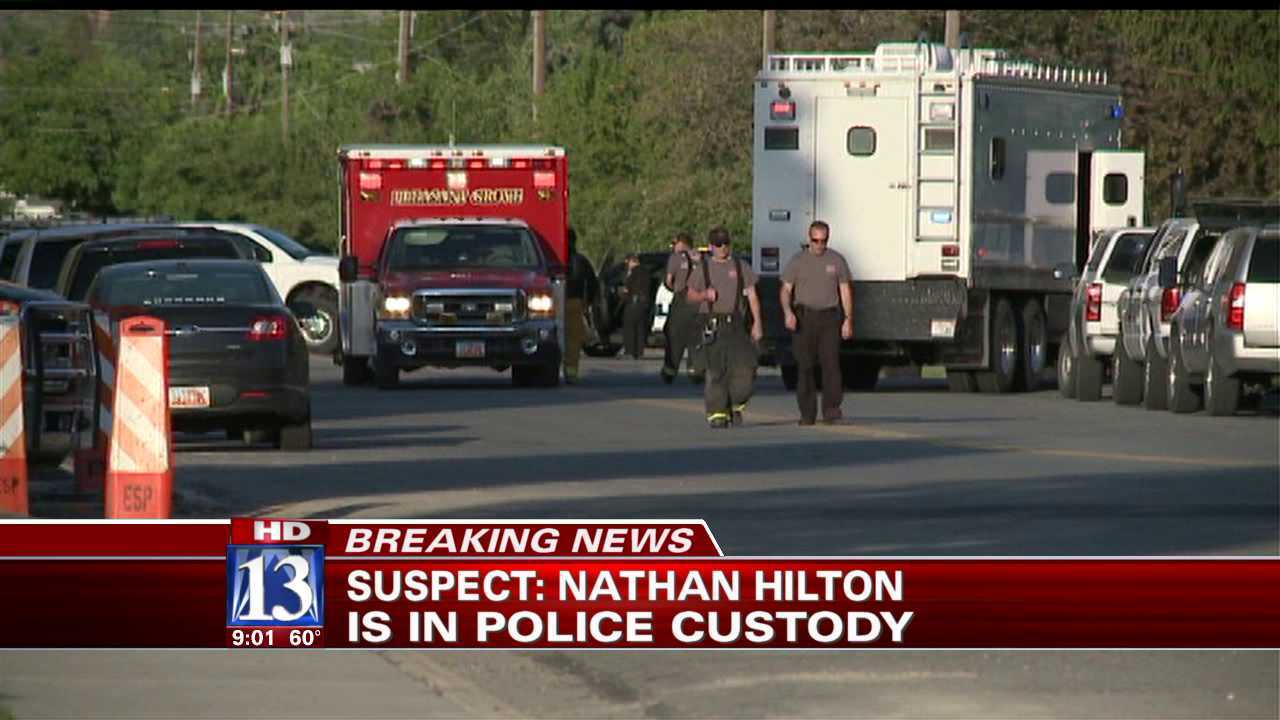 PLEASANT GROVE -- After a little more than three hours Monday night, police say the standoff with an armed man at his home in Pleasant Grove resolved peacefully with no one injured.

Police were alerted to the residence at 395 North and 500 East at about 5:15 p.m. after a call from Hilton's parents. The parents told police they heard gunshots when they arrived home. When they entered the house they smelled gunpowder and were concerned for their son.

Police say there was no response during any of their attempts to communicate with Hilton, which included talking through a PA system. Hilton, who was said to be heavily armed, was eventually confronted by SWAT officers after they gained entry through a window.

"Once SWAT made entry into the residence, he [Hilton] walked upstairs from the basement," says Pleasant Grove Police Lt. Britt Smith. "And once he made it upstairs he then was aware that the SWAT team was in the area and he surrendered to them peacefully."

About 12 to 15 homes were evacuated and several blocks in the vicinity of the home were blocked off during the standoff. Many of the evacuees waited in their cars a few blocks away until the situation came to an end.

Police say they had an initial report that the suspect was in the back yard and they were concerned for the public's safety so they ordered the evacuation.

Pleasant Grove Police have not yet charged Hilton until their investigation is complete. Lt. Smith says Hilton was taken to Wasatch Mental Health in Provo to be evaluated so he can "focus on getting the help he needs."

Hilton is a war veteran who was said to be suffering from post-traumatic stress disorder.