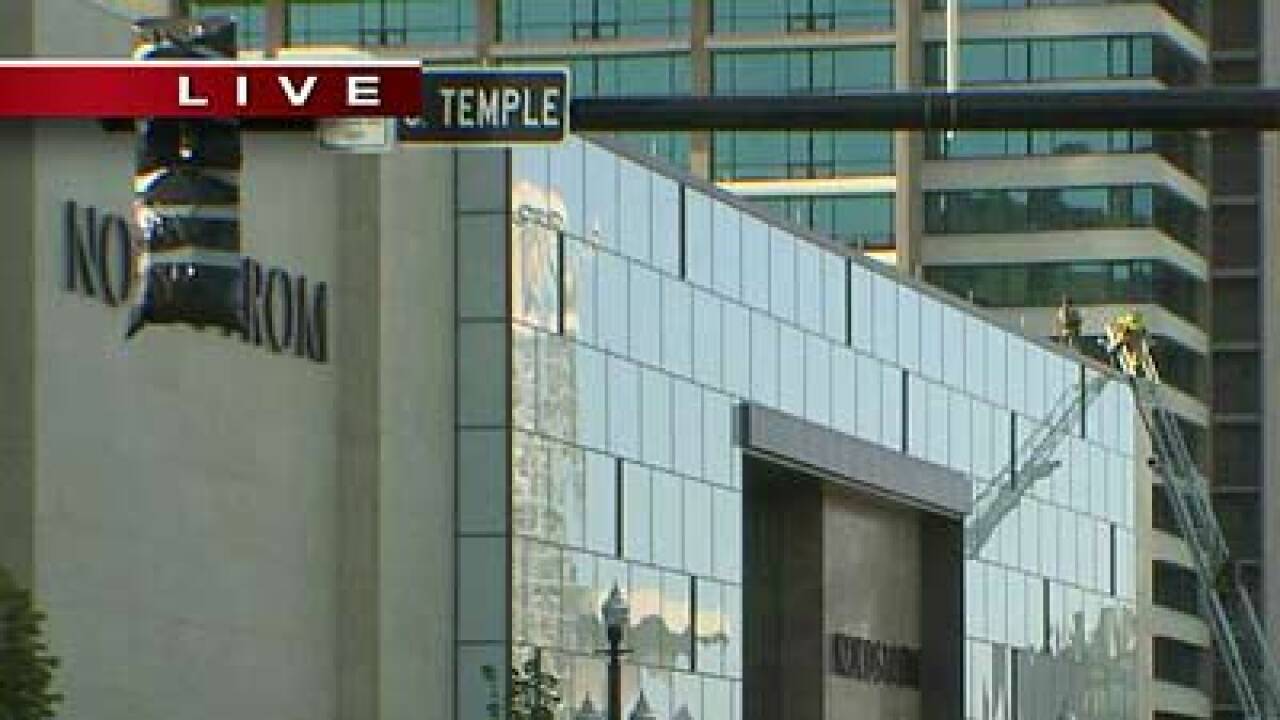 Crews responded to a fire on the roof near Nordstrom at City Creek Center on Wednesday morning.  The Salt Lake City Fire Department was able to get the fire out by about 8 a.m.

Firefighters said a the started when a back-up generator malfunction.  The damage appears to be mostly to the outside of the building, although there is some water damage inside to a storage room.  The merchandise appears to be okay.

"There was some merchandise in there, but our fire guys were able to move the merchandise, which was shirts on racks," said Jason Asay, Salt Lake City Fire Department.  "So when water fell down, after extinguishing the fire, it did not damage any merchandise."

The water also caused a circuit breaker to pop and the store is without power.  The store is expected to remain closed at least through Wednesday while the repair is made.  The other stores in City Creek Center will be open for business as usual.

Nordstrom was not yet open for the day when the fire began and about 25 people who were inside were evacuated.  No injuries have been reported.

Roads around the center has been reopened and traffic is moving without restrictions.