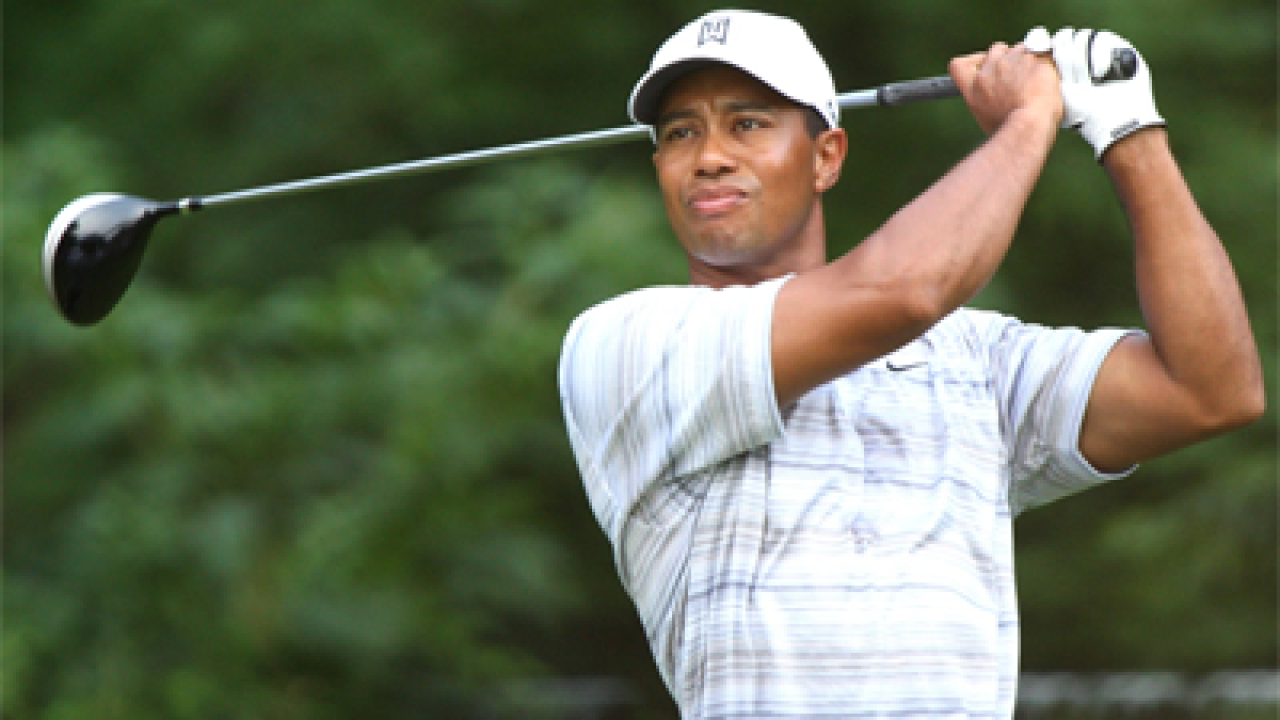 By: Brittany Green-Miner
Posted at 5:17 PM, May 11, 2012
(CNN) — Tiger Woods flirted with danger at the Players Championship on Friday before a run of four straight birdies helped him surge up the leaderboard and avoid missing the cut at a second straight tournament.

But world No. 1 Rory McIlroy couldn’t halt his run of poor form at Sawgrass, missing out on the final weekend for the third time in three visits after a 4-over 76 in the second round.

American trio Zach Johnson, Kevin Na and Matt Kuchar are the joint leaders on 8 under, a stroke clear of another American, Harris English.

Johnson had a 6-under round of 66 to join the leaders.

Australia’s Adam Scott is among a group of five players sitting another shot back on 6 under.

Woods is on 2 under, six shots adrift of the leaders, but looked much more like his usual confident self on Friday after an opening 74.

Woods was forced to sit out the weekend action at Quail Hollow last time out and had never missed back-to-back cuts in his professional career.

A bogey at the par-4 fifth put the misfiring American at 2 over for the tournament and below the projected cut mark but he holed an eight-foot birdie putt at the testing par-3 eighth and that put him on a roll.

Woods just missed with a 10-foot birdie putt on the 12th to end his run but he birdied the 16th to cancel out a bogey at the 14th and ended with a 4-under 68.

The 23-year-old McIlroy followed his opening 72 with a disastrous 76 to leave him 4 over for the tournament and well short of making the weekend. He is still yet to break par at the tournament.

“I mean, hopefully, I’m coming back here for another 20 years. If I don’t figure it out on my 20th go, there’s something wrong,” McIlroy smiled.

“It’s just a course that you have to figure out and it’s taken me a while. I’ll come back next year, my fourth attempt, and try to make it to the weekend.”

McIlroy’s failure gives Luke Donald a chance to reclaim the No. 1 ranking as they continue their to-and-fro battle for the top spot.

Donald is at three under, five shots adrift of the leaders.

Defending champion K.J. Choi of South Korea also missed the cut after a second-round 76 left him 7 over for the tournament.

Overnight leaders Martin Laird and Ian Poulter both slipped back into the pack.

Poulter made an awful start was 5 over after two double bogeys and a bogey in his first six holes but recovered to record a 4-over 76, leaving him 3 under for the tournament.

Laird is two shots off the pace after a 1-over 73.