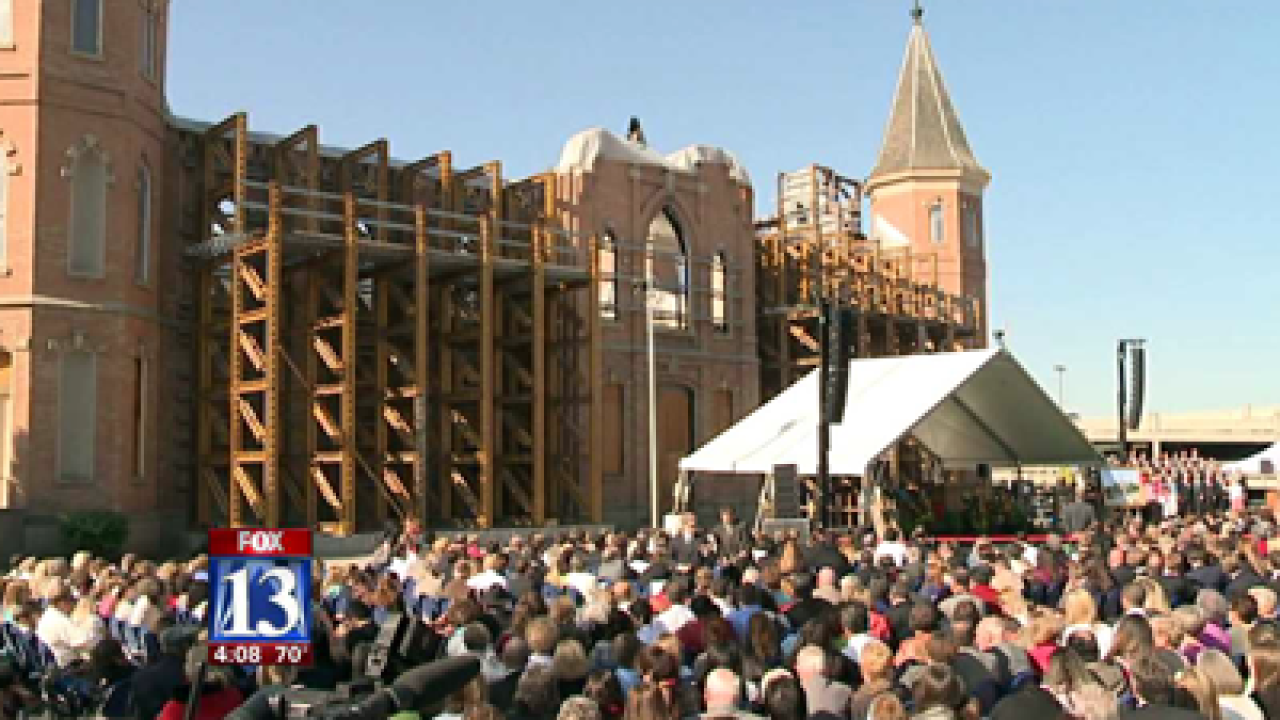 PROVO - Nearly a year and a half after the Provo Tabernacle burned in a fire, residents are one step closer to having a second LDS temple in the city.

The Tabernacle was an icon in downtown Provo for more than a century before being destroyed by a fire in Dec. 2010. Its fate remained unknown for almost a year until Thomas S. Monson, President of the Church of Jesus Christ of Latter-day Saints, announced during LDS General Conference that the Tabernacle will serve a new purpose: Provo's second LDS Temple.

A groundbreaking was held Saturday morning, and thousands gathered to celebrate the planned renewal of a city and church icon.

"We're grateful the brethren made the inspired decision to build this temple out of the ashes of this beloved tabernacle that we loved," said Elder Jeffery R. Holland.

Holland, a member of the LDS Quorom of the 12 Apostles, formally dedicated the building and surrounding grounds that will become the Provo City Center Temple. Local and state officials were present to commemorate the event.

"To have the Provo City Center Temple become a reality is an answer to many prayers and realization of many dreams," said BYU President Cecil O. Samuelson.

Utah Valley residents say the dedication has both religious and historical significance.

"We have family that have lived around here forever, so it's just this connection that we feel. This connection from the past, present and the future," said Springville resident Jason Clark.

Church officials say construction will take about two-and-a-half years. The dedication is expected at the end of 2014.