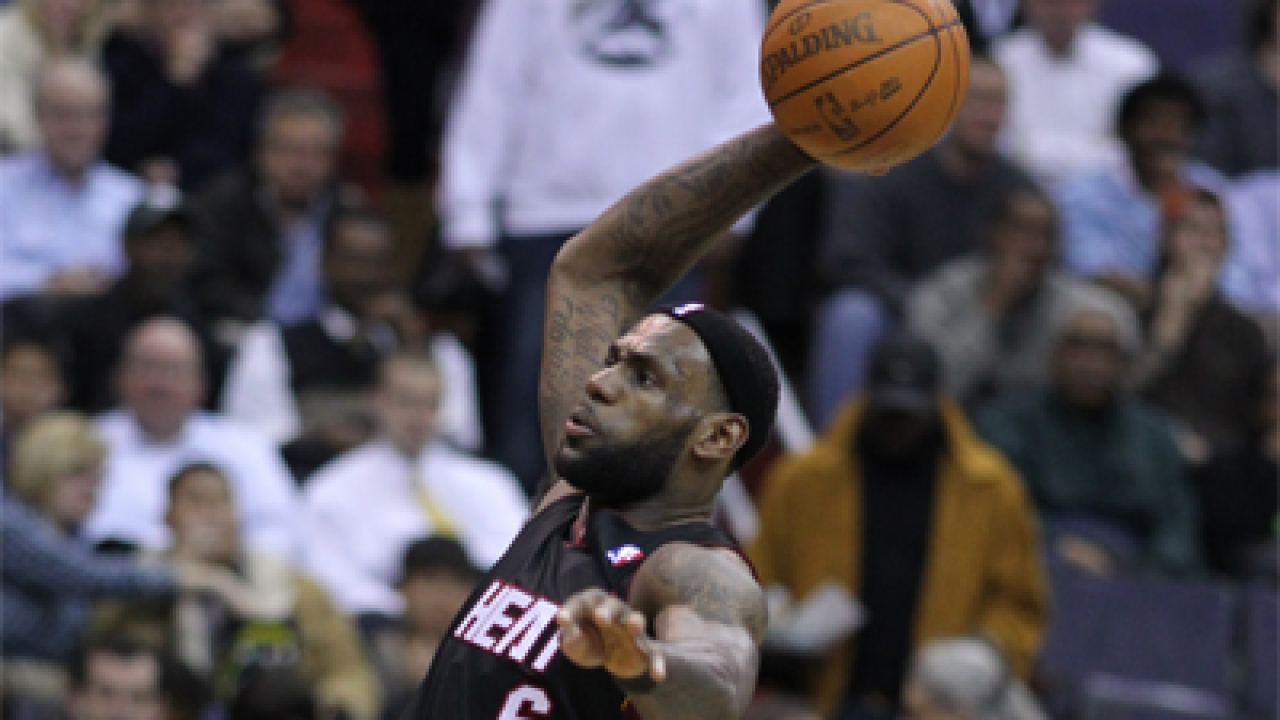 The league announced Saturday that James is the winner of the Maurice Podoloff Trophy for the third time.

He is the first player since Michael Jordan to win at least three MVP titles.

James totaled 1,074 points including 85 first-place votes, from ballots cast by a panel of sportswriters and broadcasters, as well as fan votes.

The Heat finished the season with a 46-20 record and on Sunday and the team will open its conference semifinals match-up against Indiana.

James led the NBA in plus-minus score differential and ranked third in scoring.

On his team, he led the way in assists and tied for the lead in rebounds.

At a news conference Saturday, James called his teammates to join him on the stage and said his individual award was the result of a team effort. Despite joining an elite group of NBA players who have been named MVP three times, James said his real goal is to win a championship.

“I would give all three of them back for an NBA championship,” he said.