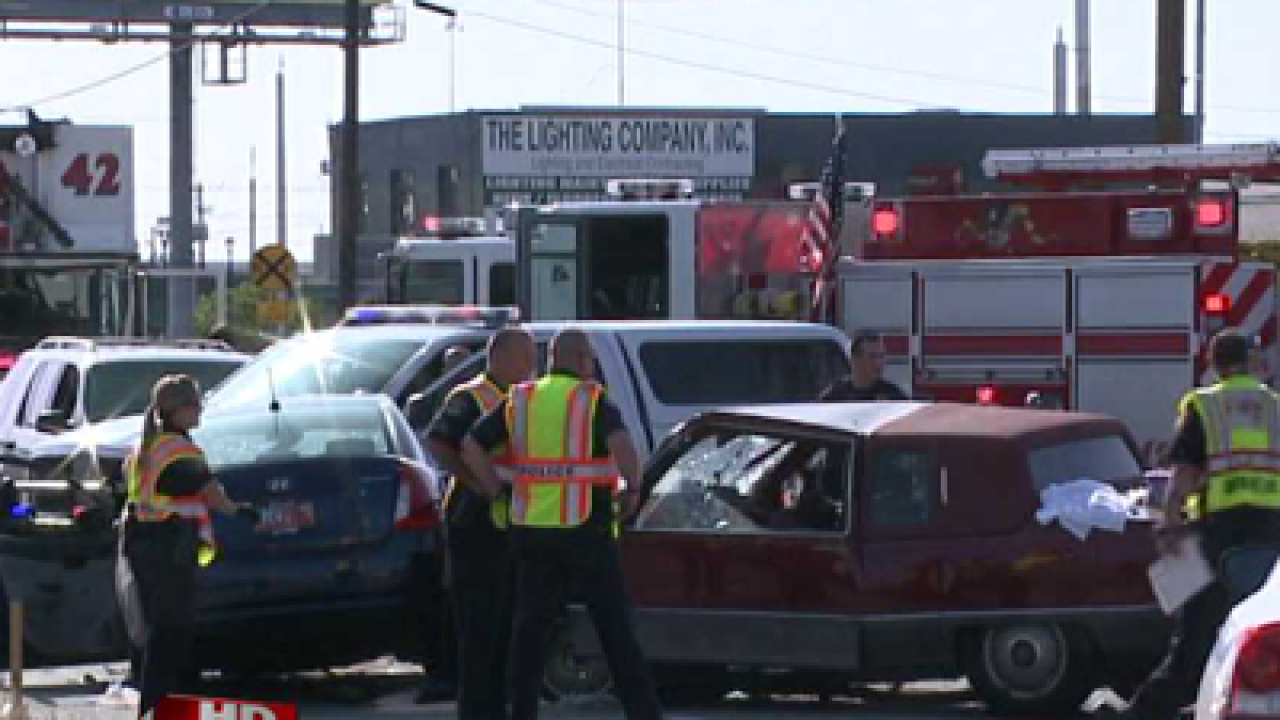 SOUTH SALT LAKE – Two women are dead and two people are in critical condition after a crash in South Salt Lake on Sunday.

On Tuesday, police identified 50-year-old Lisa Gallegos Kelly, of Taylorsville as a passenger in the Cadillac involved in the crash.  She was wearing a seat belt and was transported to the hospital in very critical condition.  She died of her injuries Monday night.

Police said a 16-year-old female and 19-year-old male in a blue Hyundai were parked in the inside lane of eastbound traffic near 3300 South West Temple in South Salt Lake at around 5:15 p.m. when a red Cadillac traveling westbound crossed the median and hit the Hyundai.

The 26-year-old female driver of the Cadillac, who was not wearing a seat belt, was pronounced dead at the scene.

The two teenagers in the Hyundai were also transported to the hospital in critical condition. They were both wearing seat belts.

3300 South was closed between 300 West and Main Street for several hours as officers investigated the crash, but has since been reopened.