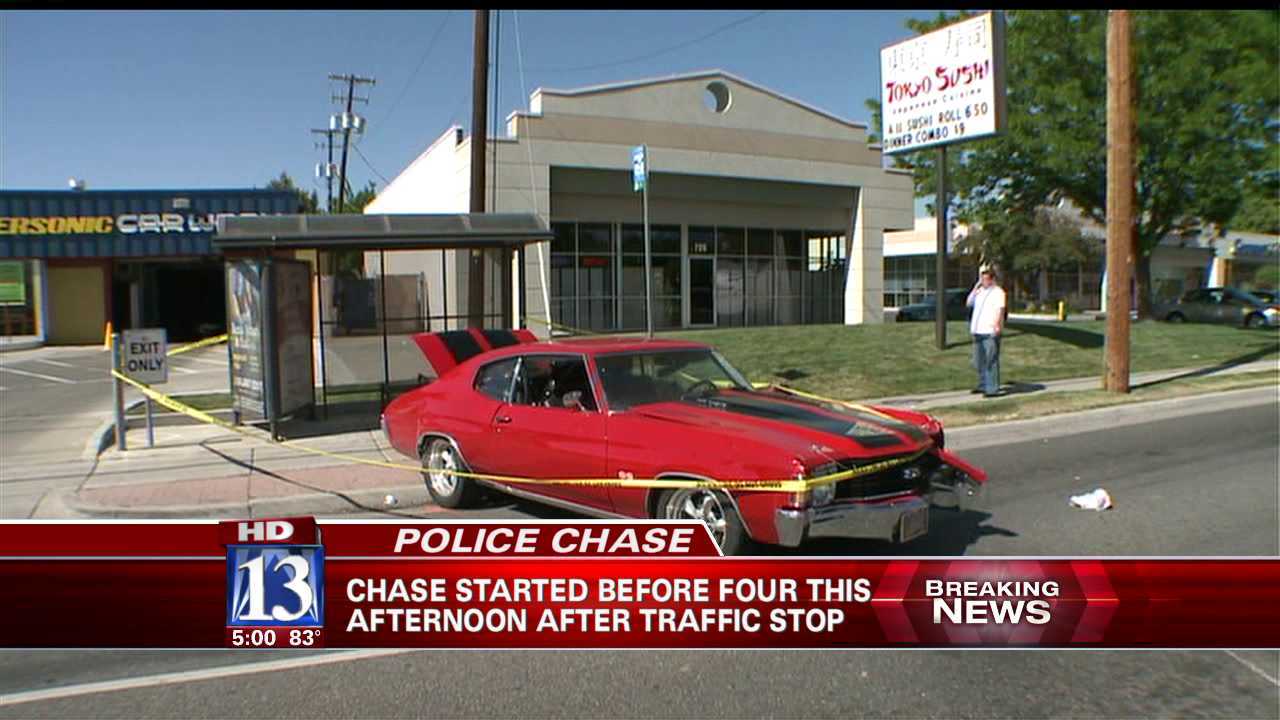 SOUTH SALT LAKE -- Police arrested a man after a high-speed pursuit that ultimately caused several accidents and an officer nearly being run over Monday afternoon.

Police say that at about 3:30 p.m., they initially stopped 39-year-old Ryan L. Horrocks in a vehicle listed as stolen out of Vernal. They say the suspect had felony warrants for assault and distribution of a controlled substance and had firearms in the back seat of the car.

Police say after they pulled Horrocks' vehicle over, he rammed one of their patrol cars in a used car parking lot near State Street and 3300 South.

"The officer pulls behind him, lights him up. The car immediately reverses and rams the officer's car, hitting another used car in the parking lot," said South Salt Lake Police Public Information Officer Gary Keller.

Keller says a chase ensued and suspect's vehicle was later boxed in at Century Theater's parking lot. They say one of their officers was nearly run over when the suspect took off again.

While Horrocks continued to drive eastbound on 3300 South at a high rate of speed, police decided to terminate their pursuit, concerned for the public's safety. That is when the suspect's vehicle, heading into oncoming traffic, hit two cars at the intersection of 3300 South and 700 East.

Police say Horrocks tried to run from the accident scene, but was caught in a nearby neighborhood.

The victims in the crash suffered minor injuries.

Police booked the Ryan Horrocks into the Salt Lake County Jail for possession of stolen property, weapons violations and aggravated assault on a police officer among several other charges .