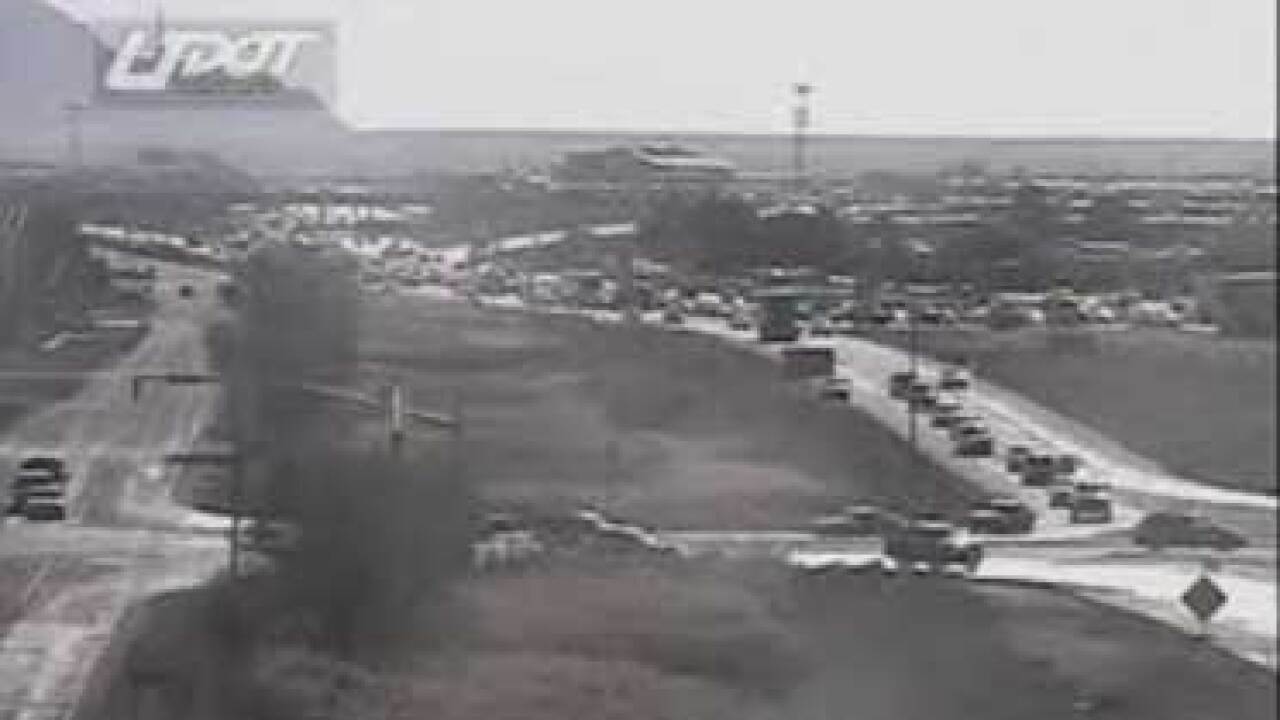 WEST VALLEY CITY — It was a commuter’s nightmare in West Valley City Tuesday evening after a crash involving a semi and several cars shut down Utah Highway 201 near 3200 West for over an hour.

At about 5:30 p.m. the accident occurred when a semi heading eastbound rear-ended one vehicle causing a chain reaction accident involving six more vehicles.

One person was hospitalized with minor injuries, but no one seriously hurt.

Crews had to divert traffic while they were clearing the eastbound lanes of wreckage.