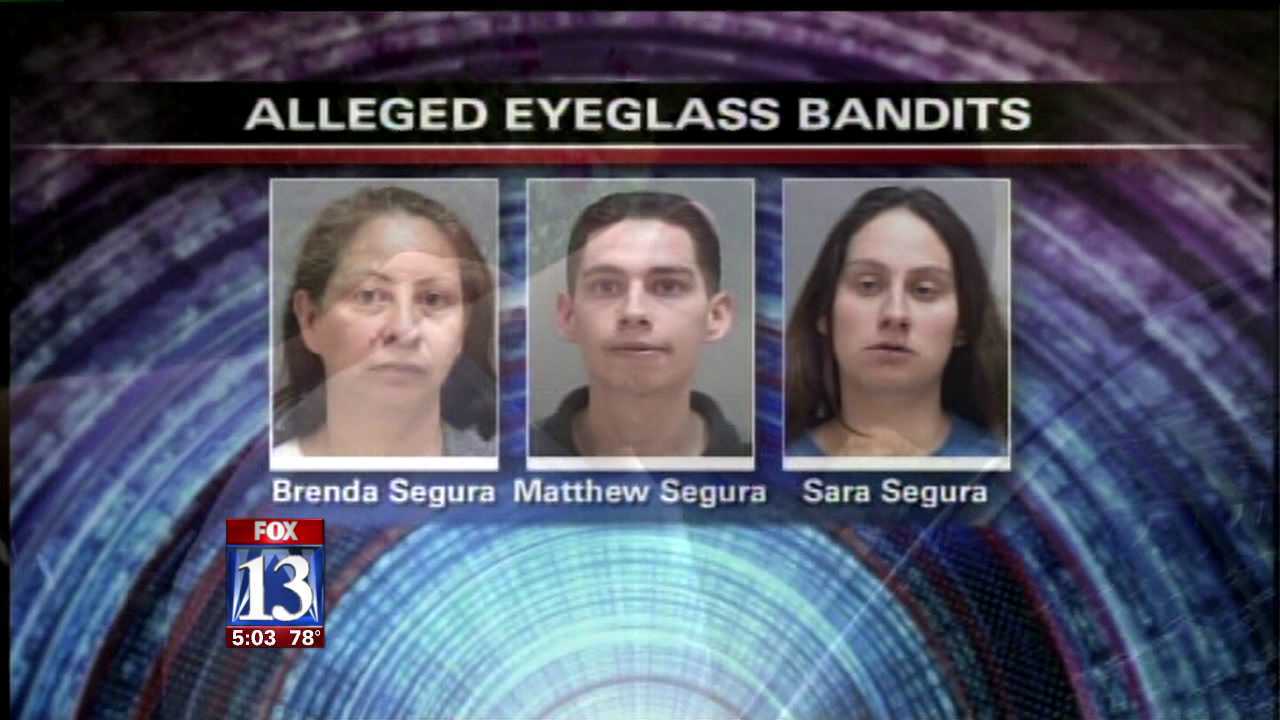 The suspects, three family members, were arrested by police weeks after warrants were issued for their arrest. Sandy Police believe the suspects, Brenda Segura and her adult children, Sarah and Matthew, have been stealing thousands of dollars worth of eyeglass frames in optical stores along the Wasatch Front.

"Been a long time coming. We had a warrant for a couple weeks," said Sandy Police Sgt. Lynn Steiner.

Police say they received helpful information from tipsters after FOX 13 aired the story about a Sandy optical store being robbed. Multiple views of the suspects were seen from several stores' security camera footage.

The suspects were booked into the Salt Lake County Jail on felony theft charges.