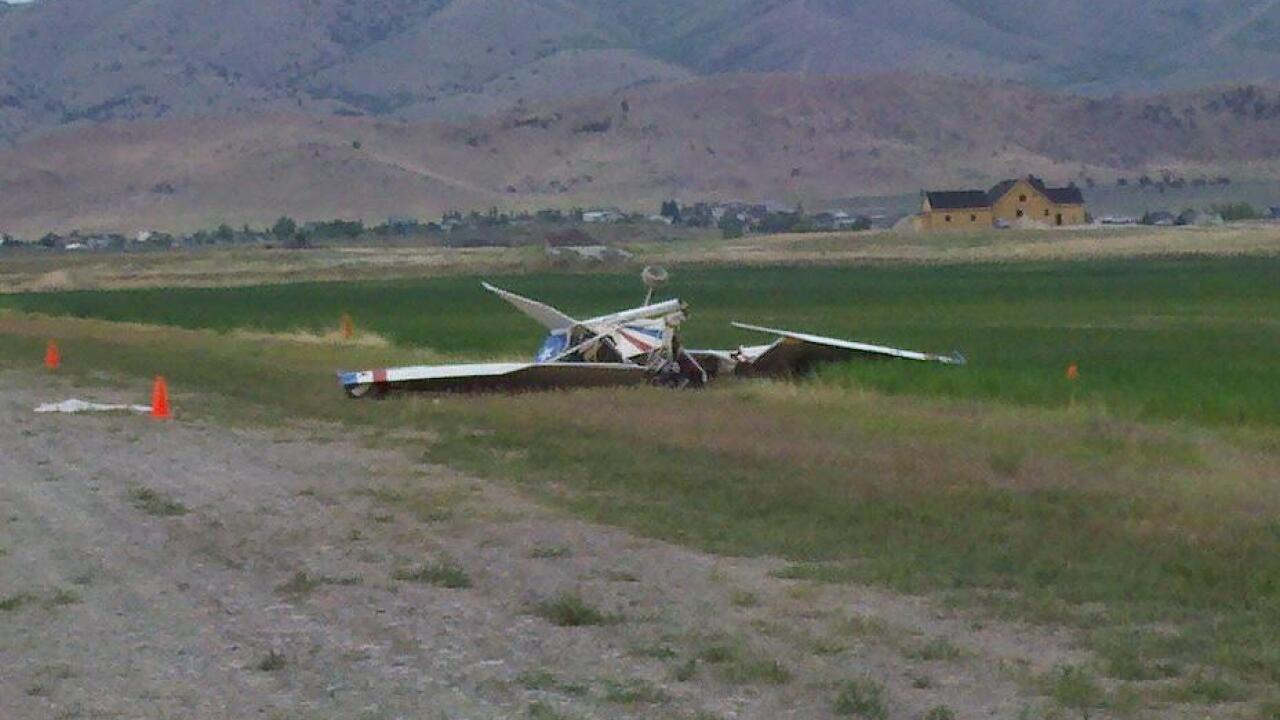 CEDAR FORT, Utah — The pilot of a small plane was injured Thursday in a crash at Cedar Valley Airport.

The crash happened just before noon. Lt. Eric McDowell of the Utah County Sheriffs Office said the plane had taken off from Cedar Valley Airport and flew for 20-30 minutes before returning to the same airport.

McDowell said it appears the plane flipped over on the runway during a landing attempt.

The pilot was the only person aboard the plane. He was taken by helicopter to the University of Utah Medical Center after complaining of back and neck pain.

The cause of the crash was not immediately known, but weather may have been a factor.