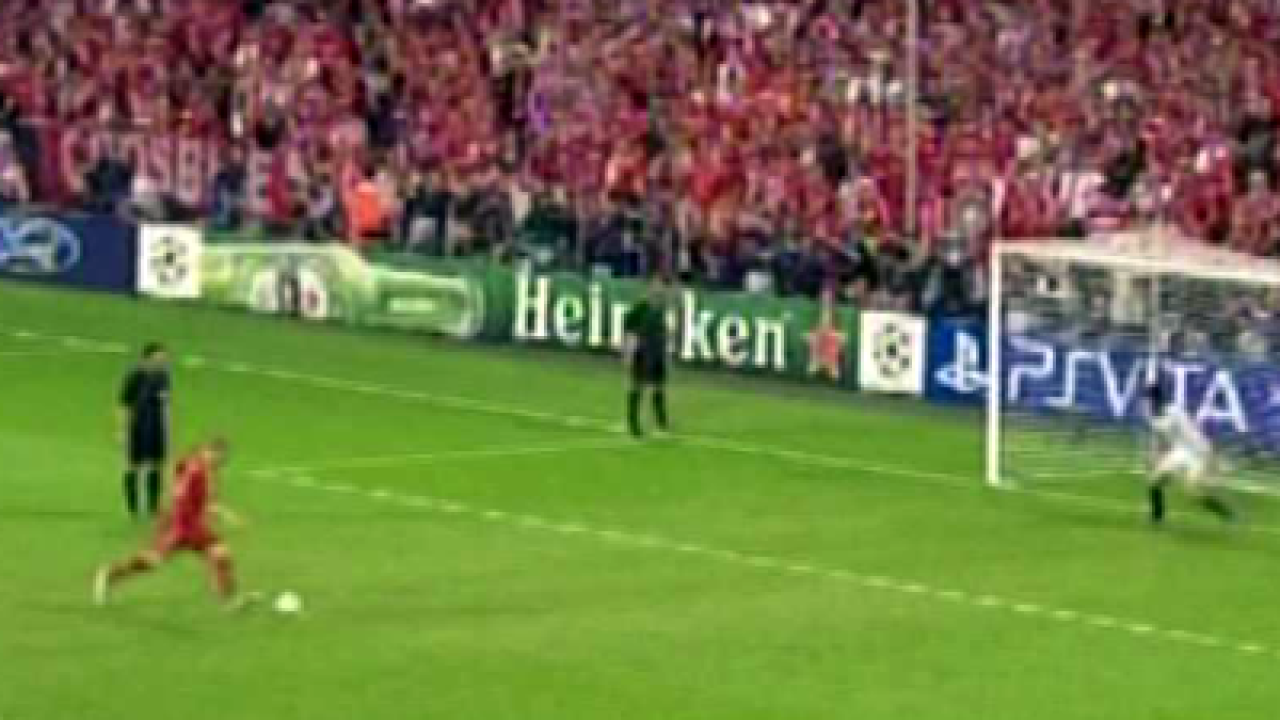 The Ivorian striker coolly slotted home his kick to spark frenzied celebrations among his teammates and the Chelsea fans in Bayern’s Allianz Arena.

Manuel Neuer had saved Juan Mata’s first penalty for Chelsea to give Bayern the early advantage in the shootout, but Petr Cech saved a weak Ivica Olic effort before Bastian Schweinsteiger saw his penalty hit the post.

The match had finished 1-1 after extra time, with Thomas Mueller putting Bayern ahead in the 83rd minute before Drogba dramatically leveled with two minutes remaining.

Arjen Robben then missed a penalty in the first half of extra time, setting up the dramatic shootout finale where the home side fluffed their lines to leave the Bavarian fans stunned.

Chelsea’s victory capped a remarkable spell for Roberto Di Matteo since taking over as interim manager after the sacking of Andre Villas-Boas.

He has brought the west London side the English FA Cup and finally fulfilled the ambitions of the club’s Russian owner Roman Abramovich in lifting Europe’s top club prize.

Abramovich, who has ploughed millions of dollars into Chelsea’s coffers, celebrated the triumph with the players.

John Terry, suspended for the final after being sent off in the semifinal win over Barcelona, had gone up to collect the trophy from UEFA president Michel Platini with Frank Lampard, who was captain on the night.

Lampard paid tribute to Drogba, whose goal rescued them in normal time before he applied the finishing touches to their triumph.

“I can’t believe it. The determination we’ve shown… we didn’t play fantastic but the main man Didier dug us out of trouble there,” he told ITV Sport.

“He’s a hero. Without him we’re not here. He scores the goals in the big games.”

Bayern had always been the more threatening side throughout the match without carving out a string of clear cut chances.

Their best opportunities in the first half saw a shot from Robben deflected on to his own woodwork by Cech while Bayern’s top scorer Mario Gomez fired over just before the interval.

Salomon Kalou’s effort, pushed aside by Manuel Neuer, was the sole Chelsea effort of note.

The second half followed the same pattern and just after the break Bayern had the ball in the net through Franck Ribery, but it was ruled out for marginal offside.

Bayern’s pressure finally paid off with seven minutes to go as Toni Kroos crossed for German international midfielder Mueller to head past Cech.

It looked all over for Chelsea but their never say die attitude, so evident in the semifinal win over Barcelona, came to the fore again.

Winning their first corner with only two minutes of normal time remaining, Mata’s perfect delivery was met by Drogba to head home at the near post.

It was his 34th goal in the Champions League and surely never more crucial.

Into extra time and another dramatic twist as goal hero Drogba tripped Ribery to concede a penalty, injuring the French international who played no further part in the final.

Robben, playing against his old club, stepped up after a considerable delay and his weak effort was saved by Cech.

Ribery’s replacement Ivica Olic wasted another glorious opportunity in the second half of extra time, caught in two minds after a Philipp Lahm cross.