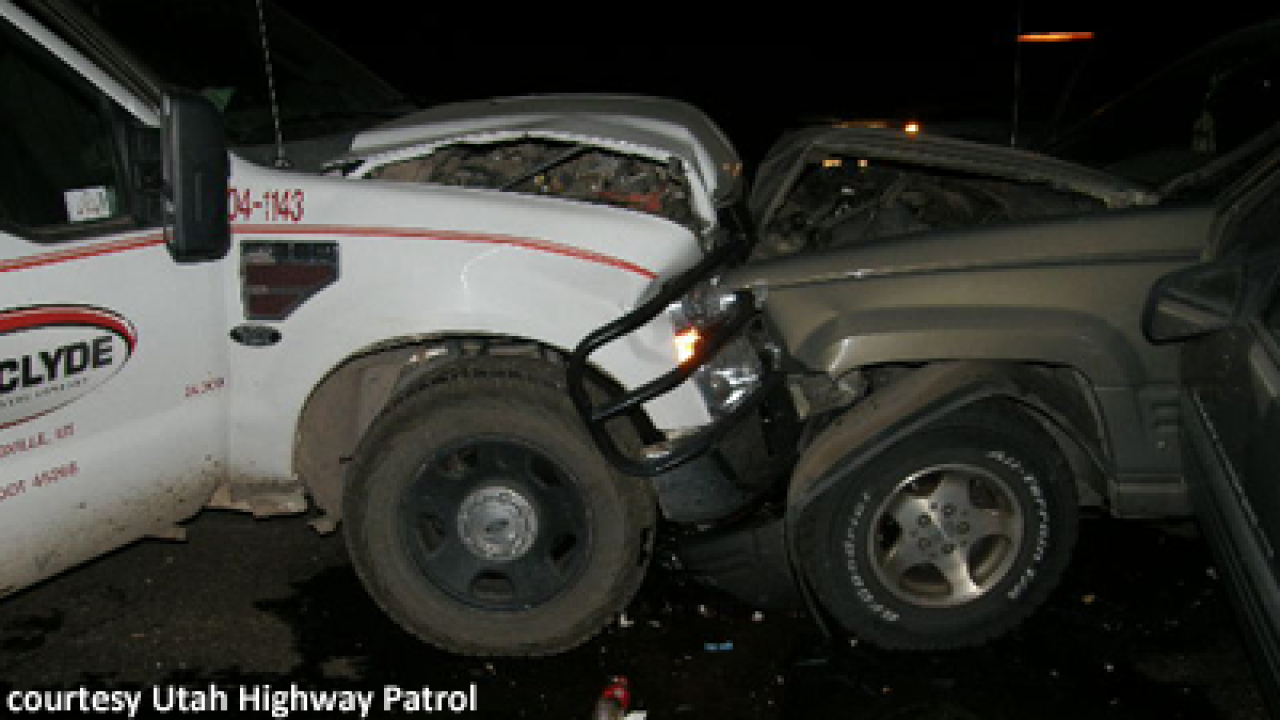 MOAB – One person is dead after a crash on SR-191 near Moab Saturday.

Utah Highway Patrol officials say a 1998 Jeep Cherokee driven by a 50-year-old Colorado man was traveling northbound in a construction zone on SR-191 near milepost 129 just after 1 a.m. when his vehicle drifted out of its lane into the construction zone.

The vehicle hit an unattended construction truck, located in the closed-off construction zone, head on, killing him.

The construction truck had its headlights on and an amber light flashing. Speed and alcohol were not factors in the crash.

Investigators aren’t sure why the man left his travel lane, but are looking into the possibility that he had suffered a medical emergency before the crash.

No construction workers were injured.