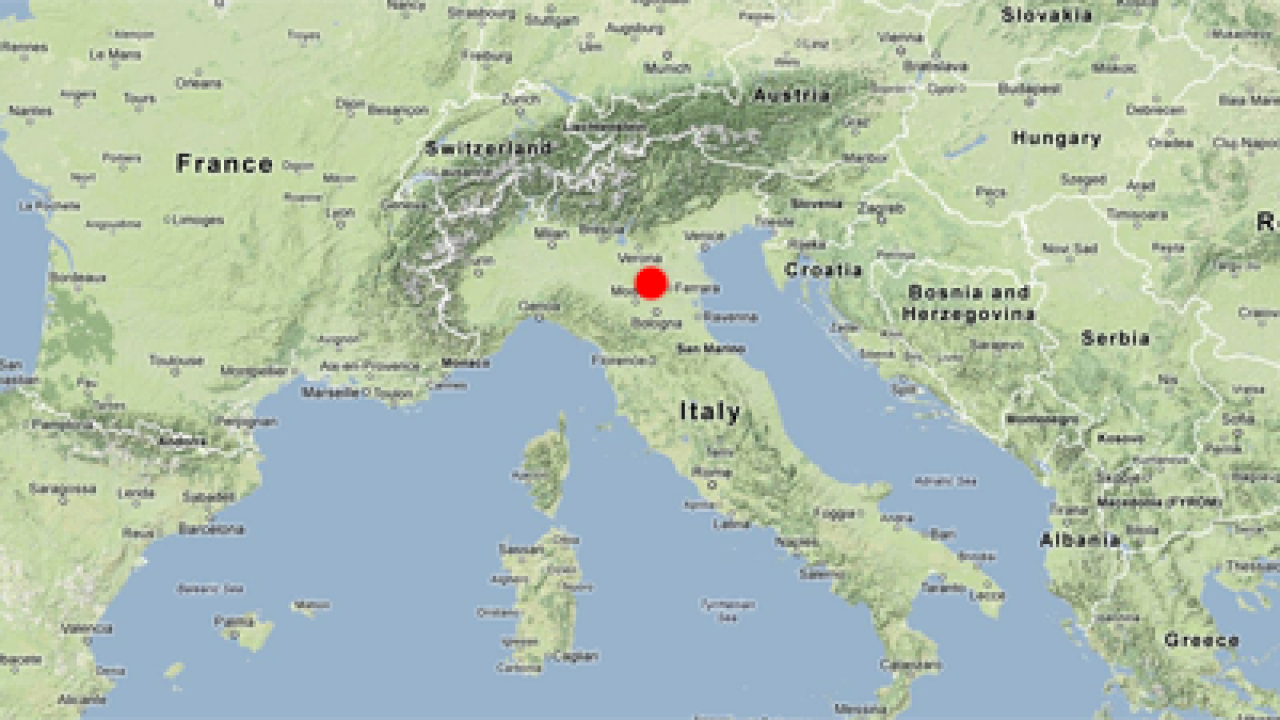 At least seven people died, 50 were hurt and a large number displaced by the magnitude 6.0 quake that struck northern Italy early Sunday. In a statement released earlier, Monti pledged “All that is necessary will be done as soon as possible” to help the survivors.

The prime minister is scheduled to leave the summit Sunday evening Chicago time and would be back in Italy on Monday, government spokesman Carmelo Dragotta said. In a statement carried by the news agency ANSA, Monti said his foreign and defense ministers would remain at the summit.

The quake struck about 4 a.m. Sunday (10 p.m. Saturday ET) and was centered about 4 kilometers (2.4 miles) outside Camposanto, northwest of Bologna, the U.S. Geological Survey reported. In addition to the deaths and injuries, a large but unknown number of people — believed to be in the thousands — have been displaced, said Elisabetta Maffani, a spokeswoman for the civil protection agency.

The fatalities included two people killed in a ceramics factory in Sant’Agostino di Ferrara, about 30 km from the epicenter, Maffani said. Another person died when a work shed collapsed in nearby Ponte Rodoni di Bondeno.

A woman in Bologna died of a heart attack during an evacuation, a Moroccan national died when the factory he was working in collapsed and a sixth victim was found dead under rubble in Sant’Agostino, Maffani said. The body of a seventh victim was located under a collapsed house, according to Alessio Bellodi of the civil protection branch in Bologna.

Workers were still digging through rubble in hopes of finding survivors in Sant’Agostino, where the quake knocked down a church bell. And the civil protection agency said it expects to get more reports of injuries as rescue workers make their way to remote villages in the mountainous area.

The same area was struck by a 5.3-magnitude quake in January. And a 6.3-magnitude earthquake struck near the central Italian city of L’Aquila, more than 400 km to the south, in 2009, killing more than 300 and causing widespread destruction.