UPDATE: The fire was reported as fully contained on Friday, according to Utah Fire Info.  Firefighters continue to patrol and mop-up remaining hotspots.

Wildfire officials say that the fire is expected to be contained by Thursday night. No structures are threatened and no evacuations are in place.

The fire is burning near State Road 59, between Hurricane and Hildale, according to Sheriffs. The road was shut down, but has since re-opened.  Motorists are advised to avoid the area if possible.  The road to Diamond Ranch Academy is closed.

Investigators believe the fire is human-caused, but the exact cause is still under investigation.

Approximately 75 firefighters from a number of different agencies from around the state responded to the fire. 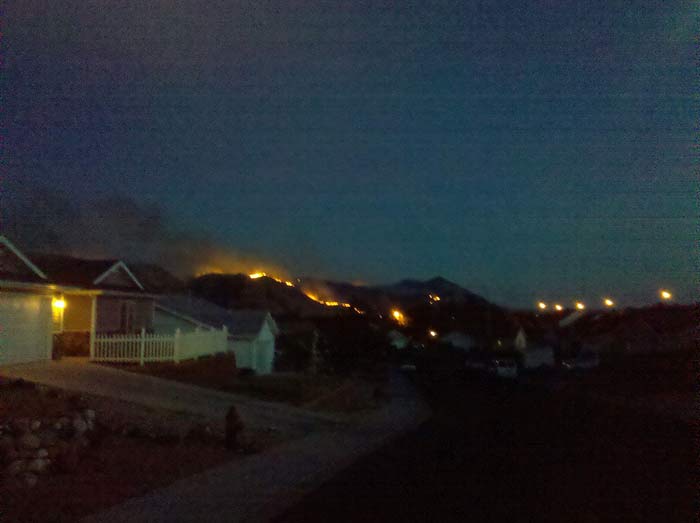