Thunderbirds to perform in air show this weekend 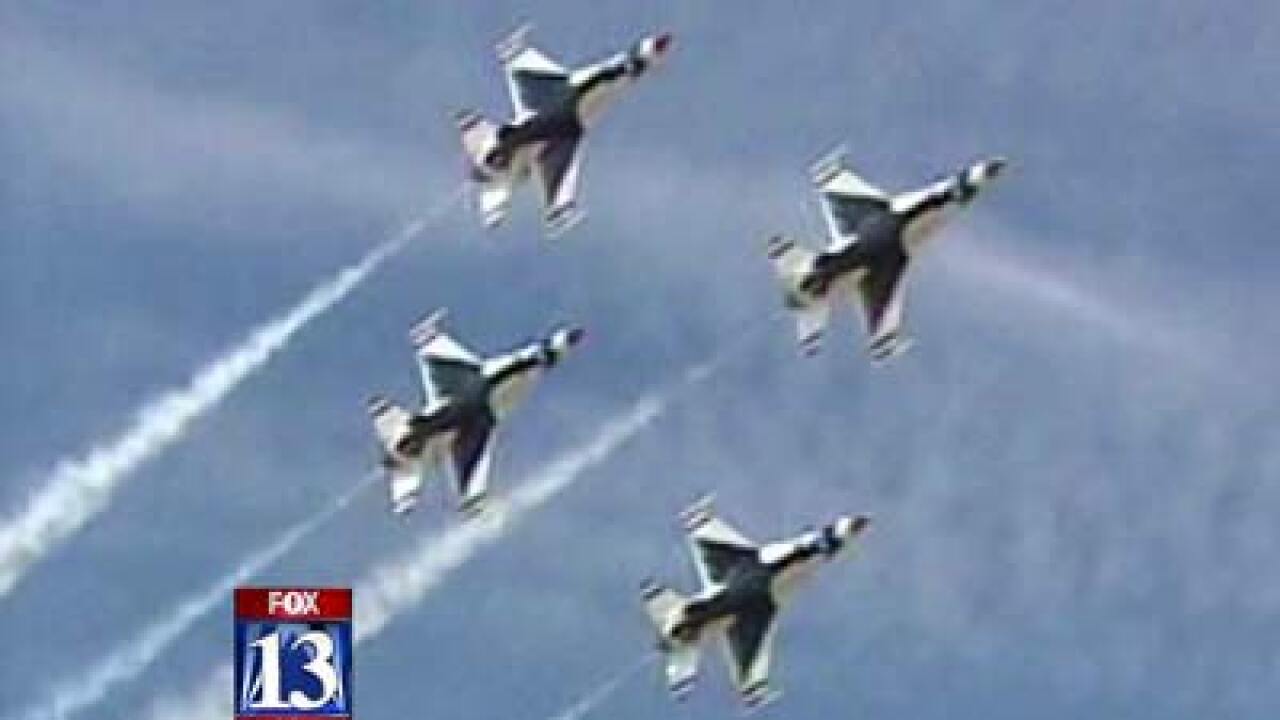 The U.S. Air Force Thunderbirds will take to the skies over northern Utah this weekend as part of the Warriors over the Wasatch Air Show taking place at Hill Air Force Base.

The Thunderbirds have already started practicing in the skies above the Wasatch Front for their weekend show, something they say an estimated 400,000 people will attend.

The event took more than a year of planning to coordinate the fighter jets, Black Hawk helicopters, pyrotechnics and stunts spectators will get a chance to watch.

The idea of the Warriors Over the Wasatch airshow is to let people see what the Air Force does for Utah and imagine what it would be like to fly an F-16 jet. Organizers say it's also a great way for the Air Force to inspire future pilots.

"We do that to honor those who have served us in the past, to honor those currently serving, and then hopefully inspire some youngsters who are out here to get them into aviation or even military service," said Dover.

Gates open at 8 a.m. on Saturday and Sunday morning and the opening ceremony begins at 10:30 a.m. The event is free. Coolers aren't allowed, but food and water will be available.

UTA is offering a shuttle service from the Clearfield FrontRunner Station to Hill Air Force Base. For more information, visit northdavis.fox13now.com.

For more information about the air show, visit: Warriors over the Wasatch website.