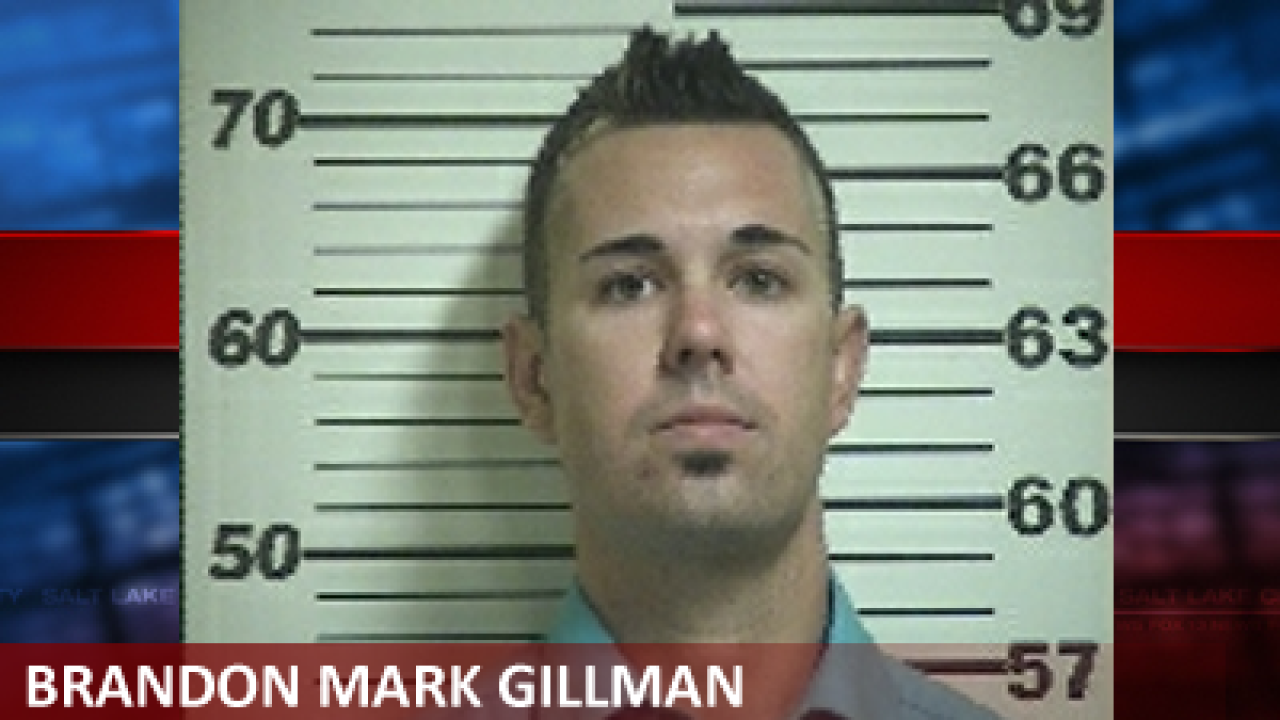 CEDAR CITY – A bus driver who had been hired to drive Cedar City high school graduates was arrested for alleged drug possession and DUI.

Students at Canyon View High School were getting ready to head to Disneyland for a graduation party Thursday when Cedar City police and the PTA had police dogs sniff the four buses they were traveling in.

Police say a dog indicated on a backpack of one of the bus drivers, identified as 30-year-old Brandon Mark Gillman of South Jordan. A search found narcotic prescription medications in Gillman’s backpack and in his pockets.

Officers say that no cocaine was found, but a preliminary field test of a urine sample found reason for that potential charge.

Gillman was booked into the Iron County Jail. Another driver was sent and the students were able to continue their trip.