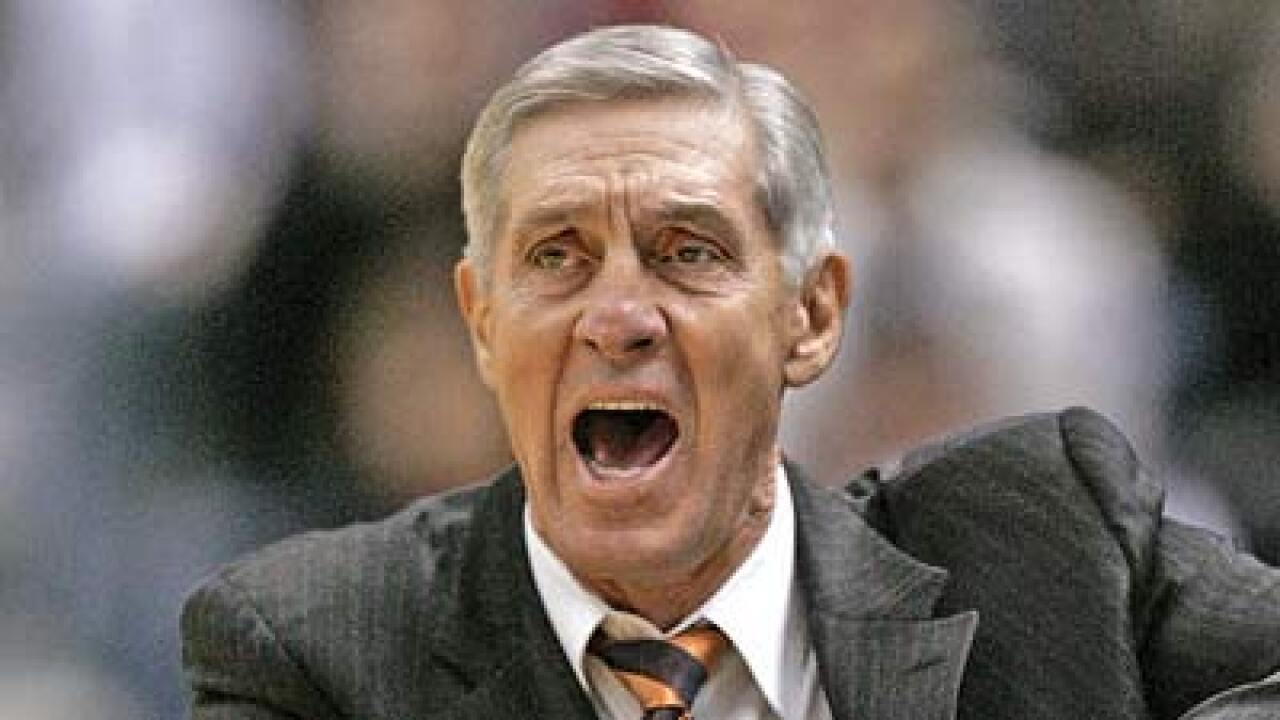 File photo: Jerry Sloan during a Utah Jazz game in 2006.

The Charlotte Bobcats will reportedly interview Jerry Sloan for the vacant head coaching position on Friday, according to AP.

Sloan, 70, spent 23 seasons with the Utah Jazz before resigning in February 2011.  He has not coached since.

He is the ninth known candidate for the coaching position.  The Bobcats finished the season 7-59, the worst record in NBA history.