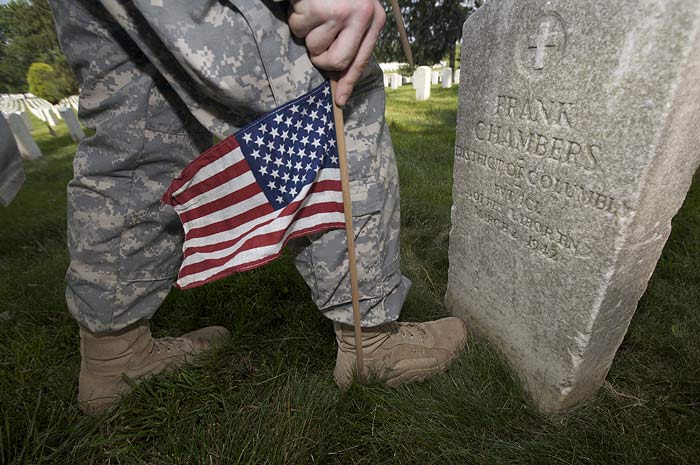 By Greg Seaby
WASHINGTON (CNN) — Soldiers placed small American flags at the graves of more than 260,000 service members in Arlington National Cemetery on Thursday ahead of the Memorial Day weekend.

The United States Army’s 3rd U.S. Infantry Regiment has maintained the tradition, known as “Flags-In,” at the cemetery since 1948.

The regiment, also known as the “Old Guard,” sent every available soldier to cover the 624 acre military cemetery, according to the Army.

Arlington National Cemetery is located in Northern Virginia across the Potomac River from the nation’s capital.

Flags were also placed at the Tomb of the Unknowns by the Tomb Sentinels, and at the cemetery’s Columbarium.

The flags will be removed after Memorial Day.