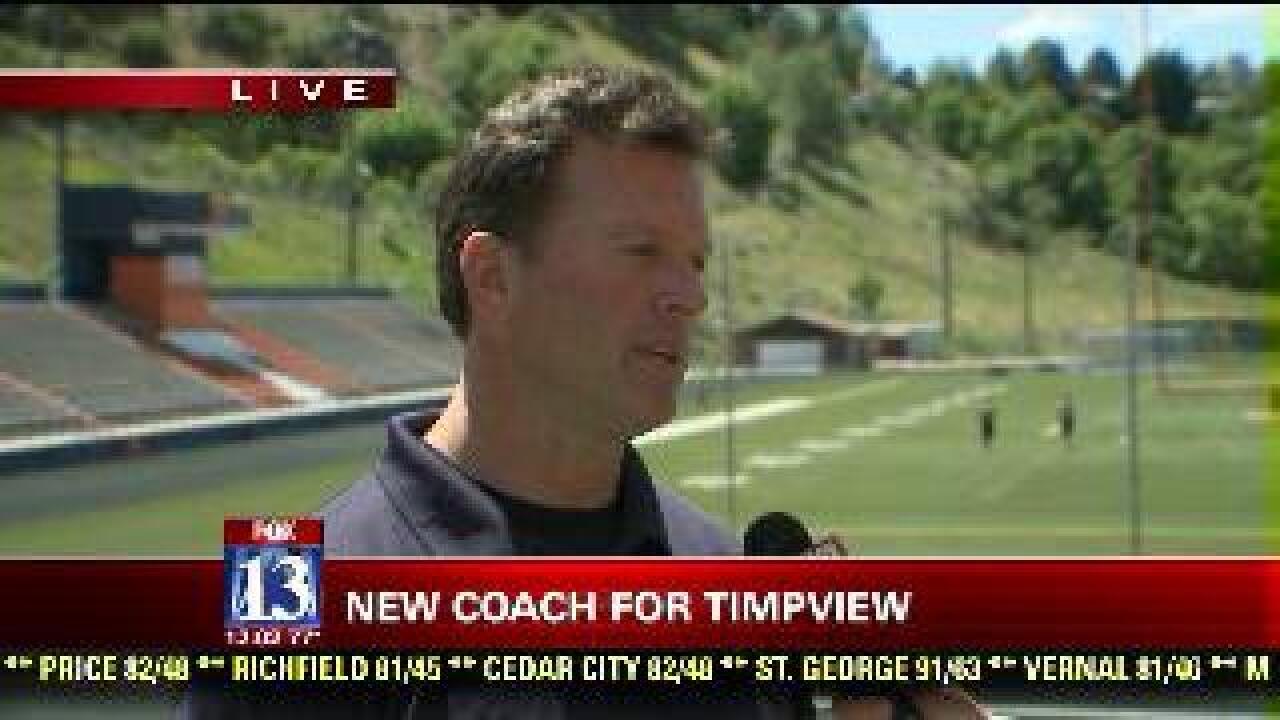 Cary Whittingham has been named to the position.  He previously worked with the team as a defensive coordinator.  He was chosen by a committee of teachers, parents and students from 20 applicants.

"There are big shoes to fill, but I'm very excited to do things my way and to continue forward with Timpview football," said Whittingham.

The school's former coach, Louis Wong, was fired for questionable use of school funds.

According to a state audit, Wong made some questionable purchases including meals, travel expenses, and car repairs.  The audit also shows more than $15,000 in players fees are unaccounted for.  The audit also reveals that he failed to conduct background checks on employees and accepted personal compensation from a clothing company.

Cary Whittingham is the brother of University Of Utah coach Kyle Whittingham.

"My game plan is Monday we start with the kids and their summer conditioning and we make it all about football.  The drama is gone," said Whittingham.