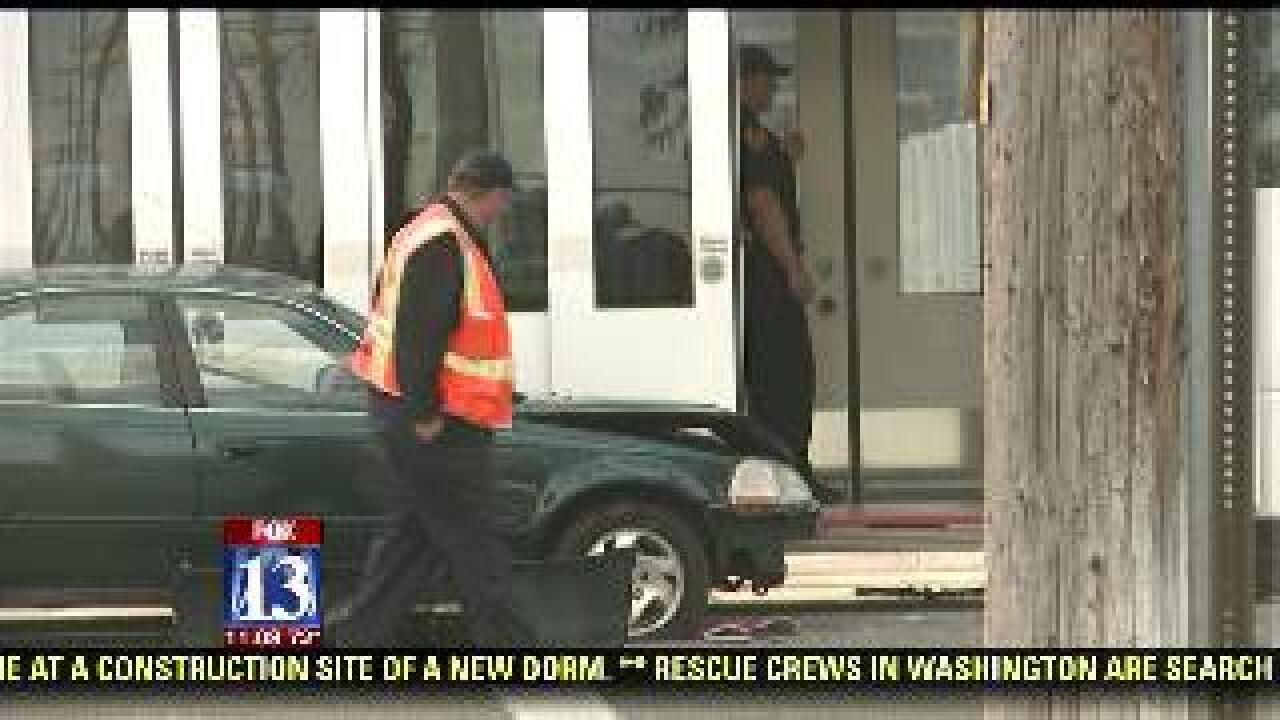 The driver of the car, a man in his 50's, has minor injuries, said Gerry Carpenter, UTA spokesman.  He ran a red light, according to officials.

No injuries were reported among the passengers on the southbound red line train.  There was little damage to the train.

There will be delays in the area while the crash is cleaned up.