Joshua Stubblefield, 31, was the pilot. Chris Spircu, 44, Paul Andrews, 32, and Todd Stuntzner, 45, were passengers.  All of the men were from Las Vegas.

The FAA and NTSB are still investigating the crash.

The plane, a single-engine Cirrus SR20, took off from the North Las Vegas Airport for Bryce Canyon shortly before 11:00 a.m. Mountain Time Tuesday. It crashed around 3:00 p.m.

The company that owns the aircraft reported it missing when it failed to arrive at its destination. The plane had an emergency transmitter that alerted the Air Force Rescue Coordination Center in Florida to the crash. The AFRCC contacted the Civil Air Patrol in St. George, who dispatched a plane and confirmed the location of the crash site.

The Kane County Sheriff's Office confirmed the crash site is on a mountain ridge in a very remote area about 18 miles north of Highway 9 and East North Fork Road.

The crash is being investigated by the National Transportation Safety Board and the Federal Aviation Administration. The victims' names were not released. 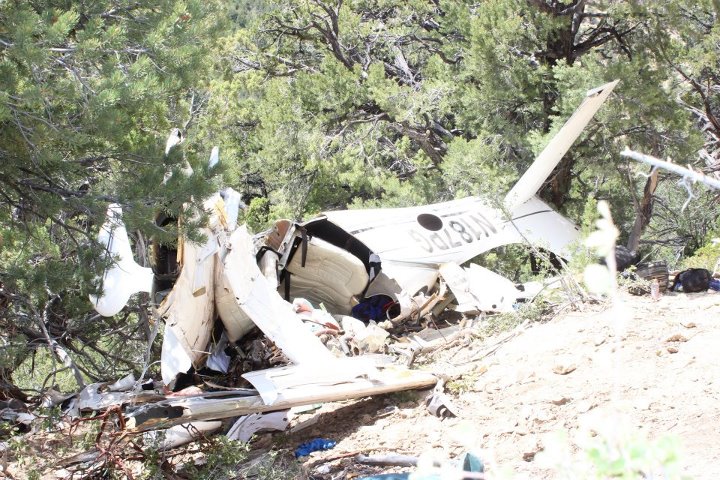