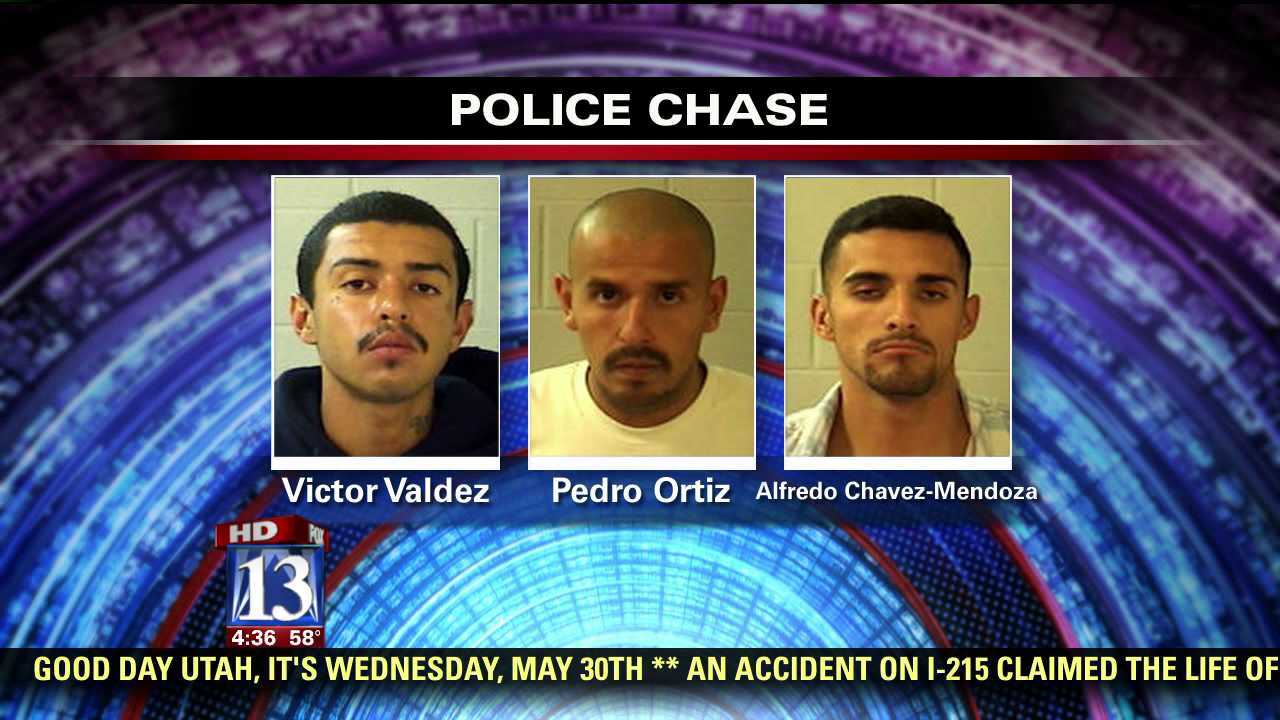 It started around 9 a.m. on Tuesday after the men apparently tried to cash a suspicious check at a convenience store.

An officer eventually forced the car to stop and the three men took off running, but police caught up with them.

Police said the Provo men are suspected of steaming cars for a northern Utah car dealership.