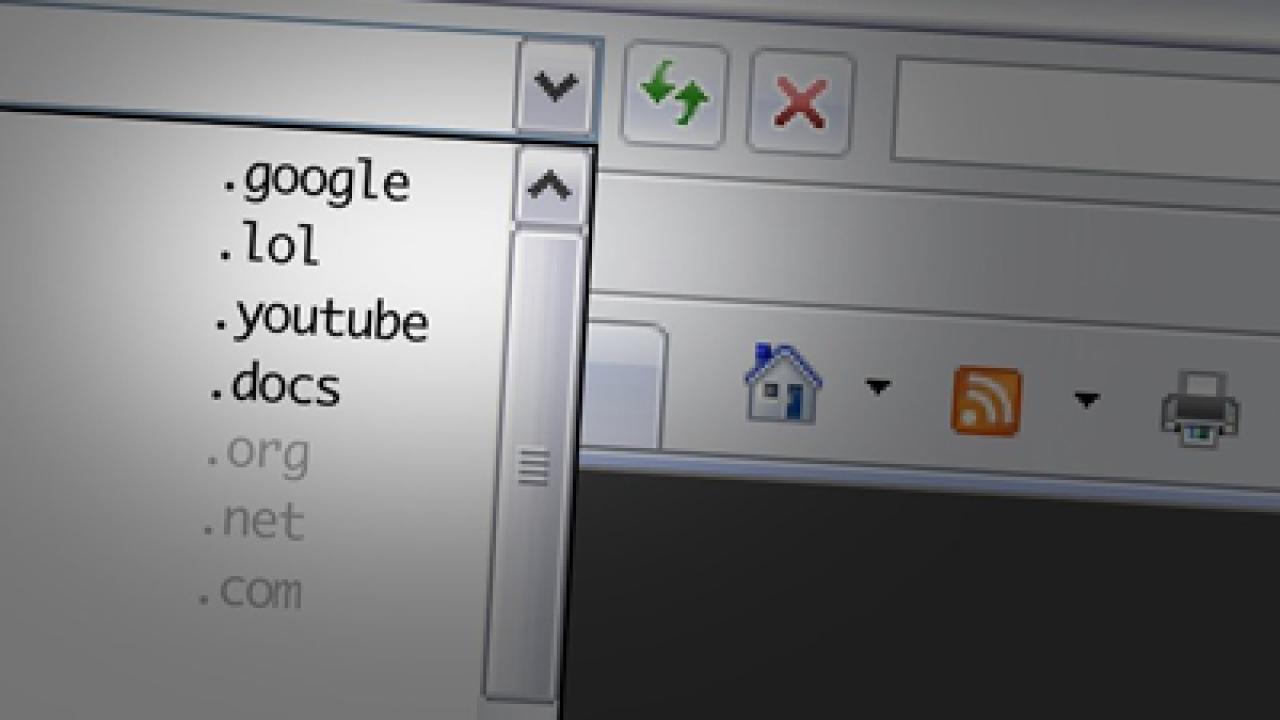 NEW YORK (CNNMoney) — Internet addresses are about to expand way past .com and .org, and Google wants in. It applied to grab not only .google, but also fun suffixes like .lol.

The company said it would like to operate “domains we think have interesting and creative potential,” citing .lol as an example.

Google is just one of the hundreds of companies that have applied for new generic top-level domains (gTLDs) — the “.com” part of website addresses — in an upcoming massive expansion of the Internet’s infrastructure. The full list of applicants, and their proposed new domains, will be announced on June 13.

Google revealed some of the gTLDs it’s applied for — .google, .youtube., .docs and .lol — in a blog post published on Thursday. The company said last month that it had applied for some new domains, but it didn’t go into specifics at that time.

In an interview earlier this month with CNNMoney, a Google representative said that the company expected to be one of the biggest applicants in the domain expansion process.

Other organizations that have gone public with their interest include groups proposing .nyc, .paris, Unicef, Hitachi and Canon.

Google’s top brass has a close relationship with the Internet Corporation for Assigned Names and Numbers (ICANN), the non-profit, global coordinator of the Internet’s naming system. Vint Cerf, Google’s “chief internet evangelist” and the author of Google’s Thursday blog post, is the former chairman of ICANN’s board of directors.

Expanding domains is no simple task: ICANN had for years been kicking around the idea of suffixes for brand names, cities and general keywords. Last June, the organization approved a plan to open for submissions and review thousands of applications for new gTLDs.

Supporters of the move say dot-brand sites will help companies market themselves and ensure security. HSBC, for example, could tell customers that a purported HSBC site isn’t legitimate unless it ends in .hsbc. And a company like Verizon could market products at cellphones.verizon and store locations at losangeles.verizon.

Critics counter that expanding domain suffixes will be confusing for consumers — cnn.cnn, anyone? — and not worth the effort.

But ICANN’s plan is surging forward — even though the application process has been fraught with technical issues and delays.

ICANN began accepting applications for new domains on January 12 through a web-based system, and planned to unveil the applicant list on April 30. But on April 12 — the original deadline for submitting an application — ICANN took the system offline after a “glitch” allowed some users to see others’ data.

The organization planned to have the system back within a few days, but the issues persisted for weeks. ICANN finally re-opened the application system on May 21 and accepted entries until May 30. The application list will be announced next month.

But for interested companies, the new domains don’t come cheap.

ICANN charges $185,000 per domain application, a extensive paperwork bundle that requires scores of policy documents. The technical setup and upkeep on a single domain will cost additional thousands — or even millions — per year.

It’s a slow and painstaking process. With domains like .law and .sport, many suitors are expected to battle for the same coveted keyword. So if multiple applicants want a single domain, and ICANN deems them equally worthy, the name goes to auction — which could end up costing millions for the winning bidder.

Even if two keywords aren’t exactly the same, “confusingly similar” domain suffixes are forbidden. For example, if an apple farmers’ union grabs .apples, then iGizmo maker Apple would be blocked permanently from registering .apple.