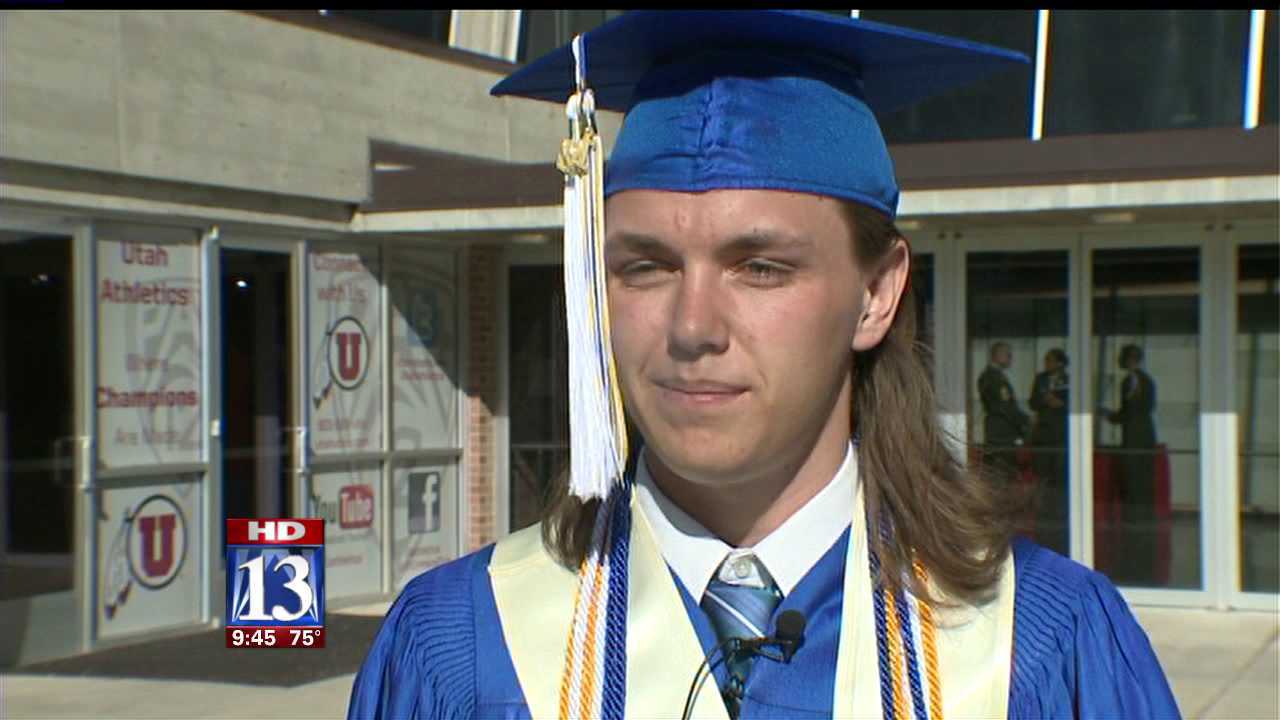 TAYLORSVILLE, Utah -- It has been 13 straight years of perfect attendance for Taylorsville High graduate Justin Farthing.

He made it from kindergarten to his graduation Thursday having not missed a day of school.

There have been times when he was sick, but he's always made through more than a half day, which means it counts.

"I remember when he got the first certificate in kindergarten. The 100 percent attendance. And after that he had to get it every year,” says Laura Farthing, Justin's mother.

Justin finished in the top 10 percent of his class. He already is close to receiving his associate's degree and plans to eventually wind up at the University of Utah where he will seek a degree in engineering.

He says his strong suit is math and science.