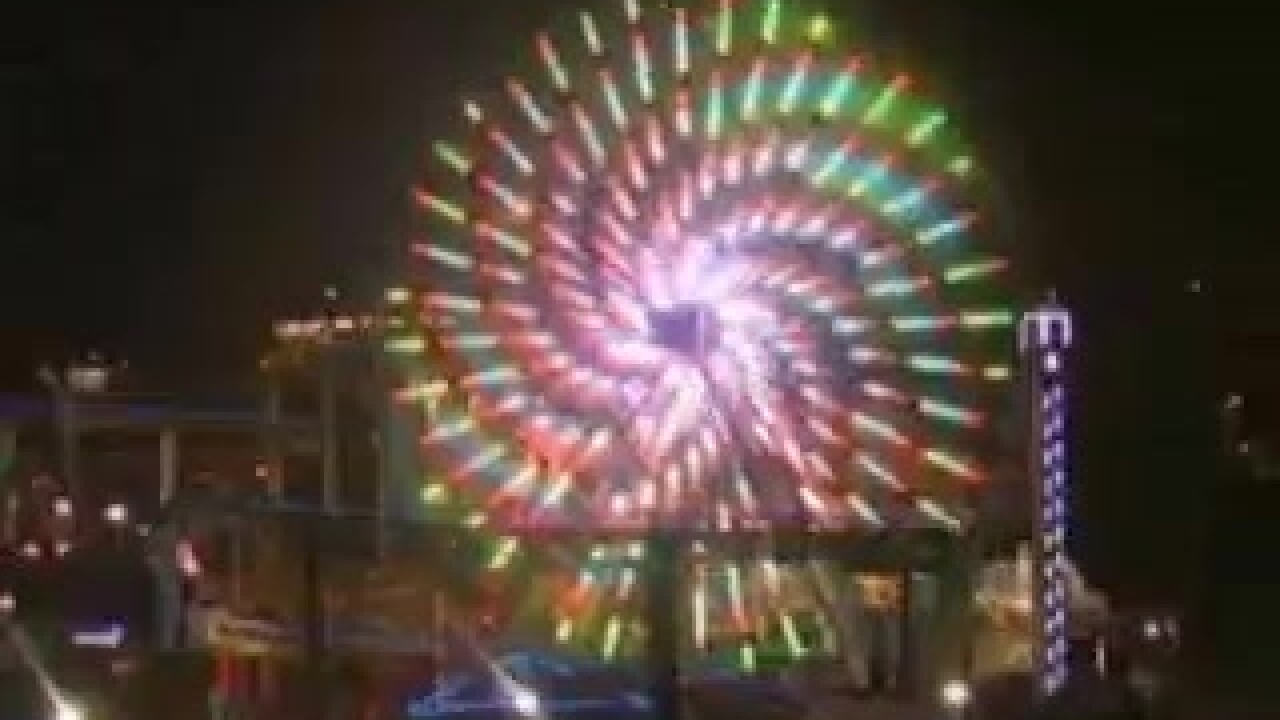 A taxi driving across a dam in Baoting, China, was washed away by gushing waters.

Both the taxi driver and a female passenger were able to get out of the car and grab hold of a pier in the water while waiting for rescuers to arrive.

The passenger was swept downstream, but firefighters managed to rescue her. A crane was used to reach the driver. Both were safely taken to land.

Beckham stopped at the school to show his appreciation for the kids who made paralympic sport part of their curriculum and for their alignment with Aspire, the spinal injury charity.

He says the Olympics and Paralympics will inspire a generation of kids.

The detective - who is afraid of heights - spent two days on a 130-foot tall Ferris Wheel in Santa Monica.

Local Fox reporters who were in the area covering another story spotted a 200-pound black bear in a tree then roaming the streets of Clifton, New Jersey.

After walking across several properties, the bear climbed into another tree and fell asleep. Wildlife officers tranquilized the bear and took it to a preserve.