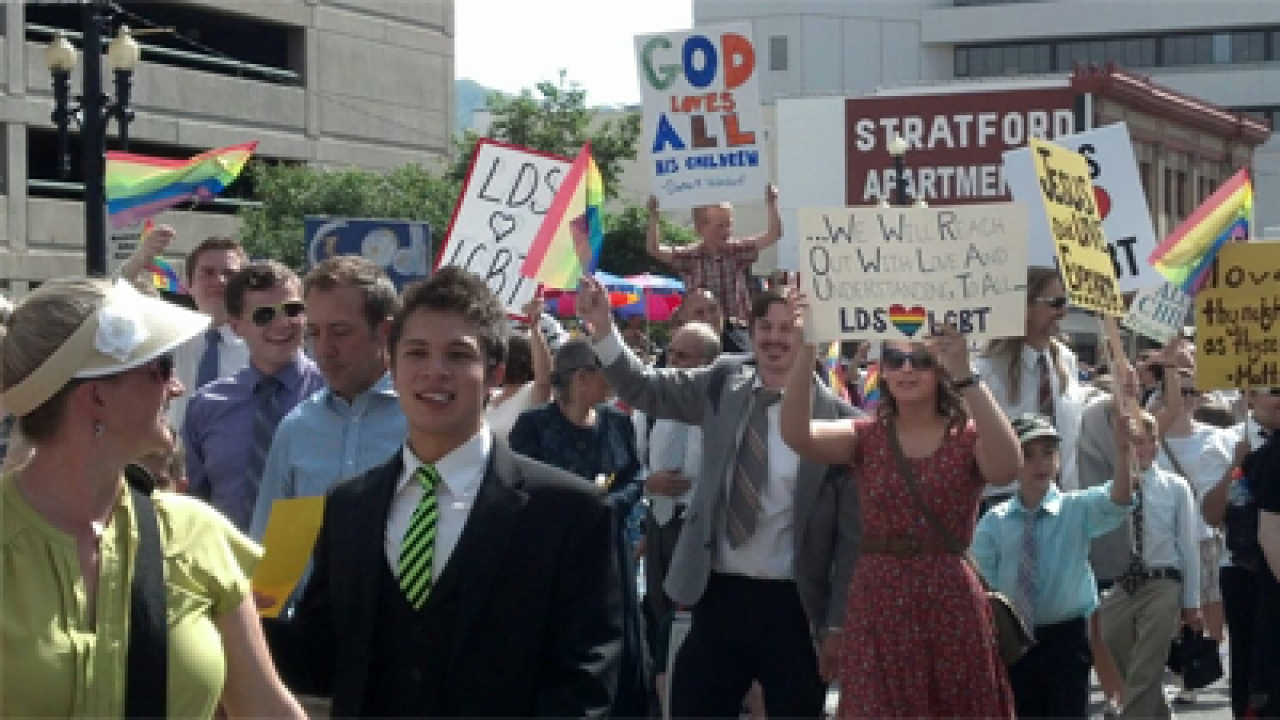 SALT LAKE CITY - Thousands of people gathered in downtown Salt Lake city for the annual Pride Festival. This year, many of those who came out to support the LGBTQ community are members of the Church of Jesus Christ of Latter-day Saints.

This year's Utah Pride Festival theme is "Changing Hearts and Lives," and one entry in Sunday morning's Pride Parade got a lot off attention. More than 300 members of the "Mormons Building Bridges" group spent their Sunday showing support for the gay community.

"I've been looking for a way to really reach out and say, you know, you're loved and it's not that bad," said Craig French, a member of the LDS Church.

The message of the Mormons Building Bridges group is one of acceptance. While the LDS church doesn't support gay marriage, these church members carried signs displaying messages of hope and understanding.

"I have a friend who asked me why I wasn't at church today and I said 'I'm going to the gay pride parade.' He said 'Why?' He's Mormon too. He said 'Don't Mormons hate gay people?' I said 'Some do, but I don't,'" said Nicola.

The group marched front-and-center, just behind this year's Grand Marshal Dustin Lance Black, an Academy Award-winning screenwriter who grew up Mormon. Black says he didn't expect to see so much support from members of the LDS church.

"There were 300 active LDS, straight people behind me in the parade and the biggest cheers weren't for me; it was for them and I just had tears streaming down my face," said Black. "To hear these loud cheers from the LGBT community for the Mormon community, it just feels like healing has started. And it's about time."

The marchers in the Mormons Building Bridges were met with cheers and standing ovations.