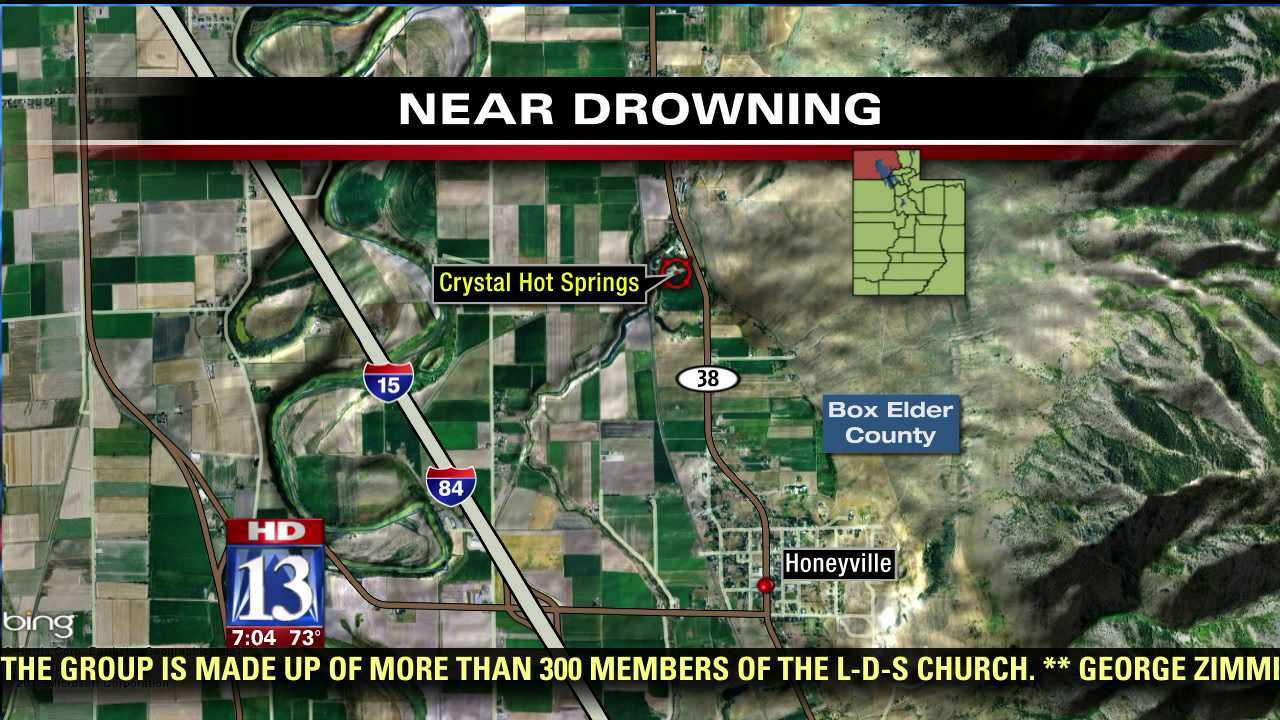 An Ogden boy is in critical condition after nearly drowning in Crystal Hot Springs on Saturday.

Authorities said the 10-year-old was camping with his family in Honeyville in Box Elder County.

Lifeguards discovered the boy underwater and pulled him out.

He had a heartbeat and was still breathing, but wasn’t responding so he was taken to Brigham City Hospital in critical condition.