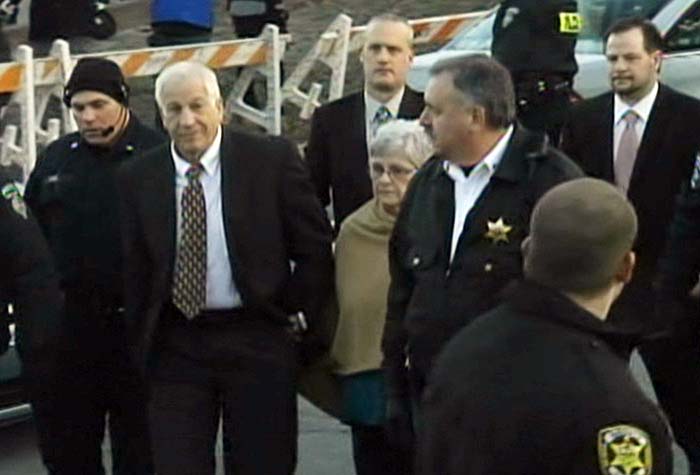 By the CNN Wire Staff
(CNN) — Jury selection in the trial of Jerry Sandusky, the former Penn State assistant football coach charged with child rape, is scheduled to start Tuesday in Pennsylvania.

A judge last week denied his attorneys’ latest bid for a delay, allowing the case to move forward.

Sandusky, 68, has been under house arrest since being charged with sexually abusing 10 boys for more than 14 years. Prosecutors allege that he met some of his accusers through Second Mile, a charity he created for underprivileged children.

He has pleaded not guilty to the charges. According to a source close to the Sandusky family, he is expected to attend court Tuesday.

Authorities allege that Sandusky abused some of the boys on the Penn State campus. The case has shaken the university, raised questions about its response to the allegations and drawn criticism from those who claim Penn State put its reputation ahead of protecting potential child victims.

Mike McQueary, a former graduate student considered to be a key witness in the Sandusky case, has testified that he alerted Paterno in 2002 that he’d seen what appeared to be Sandusky sexually assaulting a boy in a shower in Penn State’s athletic facilities, an allegation that authorities didn’t learn of until years later.

Paterno apparently told the university’s athletic director, Tim Curley, but no one notified police. Curley and Gary Schultz, Penn State’s senior vice president for finance and business, are now facing felony charges of perjury and failing to report the allegations to authorities.

Prosecutors said later that the McQueary incident took place about a year earlier than what was originally alleged, causing defense attorneys for Curley and Schultz to argue that one of the charges should now be dropped. Both of them have pleaded not guilty, and their attorneys have said that prosecutors “charged this case before (they) knew the facts.”

Several of Sandusky’s alleged victims asked a judge to protect their identities at trial. However, Judge John Cleland on Monday ruled that the alleged victims’ identities may not be concealed during the trial, although they will be protected through the jury selection process.

“Courts are not customarily in the business of withholding information,” Cleland’s ruling said. “Secrecy is thought to be inconsistent with the openness required to assure the public that the law is being administered fairly and applied faithfully.”

But, the judge noted, “It is also to be hoped that various news organizations that will report on the trial will use what has become their professional custom to protect the privacy of alleged victims.”

CNN generally does not identify alleged victims of sexual assault.

Victim advocacy groups criticized the judge’s decision late Monday, expressing their hope it would not have a chilling effect on the reporting of child sexual abuse.

“The judge placed a significant burden on this class of victims by stating that they have ‘a duty to the community to testify’ about the crime, but denying them privacy protections in exchange for that testimony. By bravely coming forward, victims serve in the interest of public safety; they should be assured that their privacy will be protected,” the Pennsylvania Coalition Against Rape, the National Center for Victims of Crime and the National Crime Victim Law Institute said in a joint statement.

Those asking for their identities to be concealed included one man known simply as Victim 4. His attorney, Ben Andreozzi, said he believes his client, now 28, is the strongest witness for the prosecution and will be called to testify first.

“In society, sometimes we question why rape victims are reluctant to come forward,” Andreozzi said Monday after the ruling. “So now we have our answer. … We are disappointed.”

“We are not asking to close the courtroom, only to use a pseudonym,” he said.

His client will still testify, he said, “but at what expense to his emotional well-being?”

He said he expects the defense to attack his client on the basis of a meeting he had with Sandusky in the years after the alleged abuse.

“My client couldn’t break free,” said the attorney, describing the relationship between Victim 4 and Sandusky as “complex.”

After news of the scandal broke last year, The New York Times published an extensive interview in which Sandusky attempted to clarify his relationships with young people.

His lawyer, who was present at the interview, spoke up at that point to note that Sandusky is “not sexually” attracted to them.