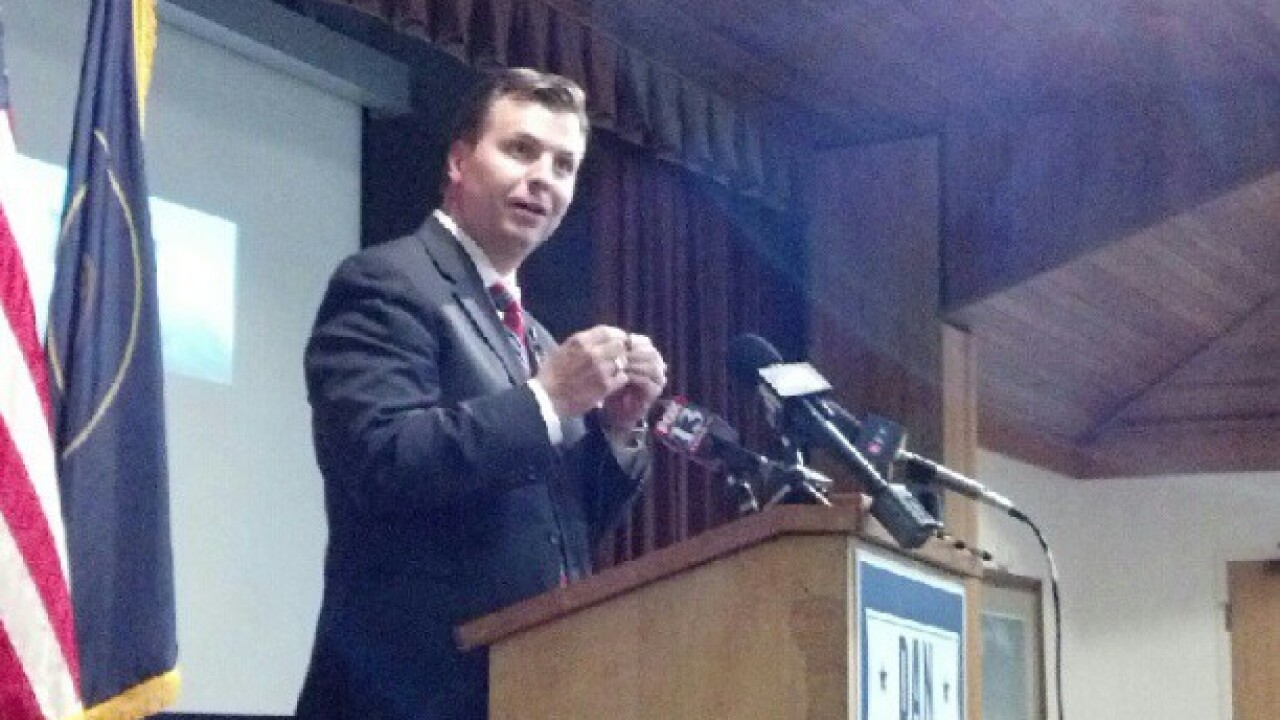 MILLCREEK, Utah -- In the absence of any televised debates, Republican senate candidate Dan Liljenquist did what he could. He held a decidedly "one-sided" debate against Utah's senior senator, Orrin Hatch.

"Ladies and gentlemen, thank you so much for coming tonight," the GOP challenger said to a packed room. "I'm Dan Liljenquist. I'm running for the United States Senate."

For the next hour, Liljenquist debated short video clips of past statements Hatch has made on various topics. He pledged to only serve three terms, if elected. Liljenquist denounced the federal government's role in education. His supporters roared with applause at his responses, booing Hatch's statements made over the years.

"We challenged Senator Hatch to eight debates," Liljenquist told FOX 13. "The same that he challenged his Republican primary opponent back in 1976, and he's refused to debate."

Liljenquist said he stole the idea from Hatch, who pulled a similar political stunt when he started in 1976.

"This is his playbook," he said. "It was effective then. We think it's going to be effective now."

Sitting amongst the Liljenquist supporters was Democratic U.S. Senate candidate Scott Howell and some of his supporters. He told FOX 13 he did not come to crash the debate, but to offer Liljenquist his support.

"There's 29 counties in the state of Utah, and it's sad that Orrin hasn't been to any of them -- forever," Howell said. "Dan and I have talked and we've talked about if he's the candidate, we'll go to all 29 counties."

In an appearance on FOX News Radio's Sean Hannity program, Hatch addressed a question about the debates, insisting that he has already debated Liljenquist more than any other incumbent up for election.

"He's moaning and groaning about not having more debates," Hatch told Hannity. "Well, we debated twice."

FOX 13 and other news outlets have offered to host a televised debate, but those offers have been declined. There is one debate on a radio show scheduled for next week.

The primary election is June 26.