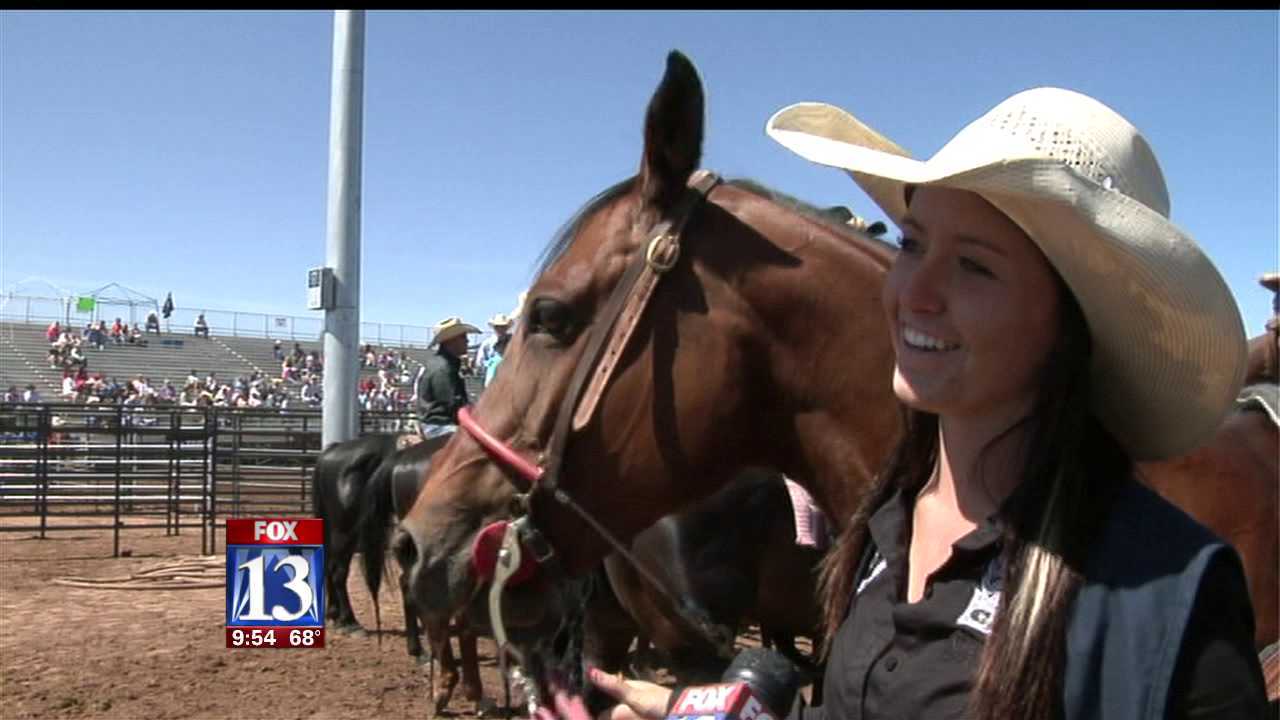 HEBER, Utah -- A cowgirl from Fairview, Utah is back in the saddle after losing her champion horse.

North Sanpete High senior Kelsie Keller has been into rodeo her whole life. And this year she is the defending state champion in barrel racing. However, her winning horse died in April.

“Last year I won state on a good horse my grandma owned, whose name was Bender,” says Kelsie. “A lot of people know him as Ramblin’ Bux. We lost him in April. He died of colic. He was just an awesome horse.”

Kelsie says that the horse broke arena records for both her and her grandmother riding him.

Kelsie and her new horse, Belle, have already made a great team.

“She’s done really good for me. I’m sitting fifth in the state right now and I had a solid, clean run this morning. And I just need to do that all this week and we’ll hopefully head to nationals.

And if Kelsie makes it, it will be her third straight trip to the national finals.