A warning is in effect until 8 p.m. local time, fire officials said, with temperatures expected to be in the 90s and wind gusts of up to 50 mph.

The High Park Fire is west of Fort Collins, and has burned more than 55,000 acres so far. It is about 45% contained. More than 1,600 firefighters were battling the blaze.

It has destroyed at least 181 homes, according to a statement posted on InciWeb, a U.S. multiagency fire response website.

“The assessment is still under way and this number will continue to grow,” the statement said.

The blaze has moved through forests and neighborhoods, forcing thousands of evacuations and leaving a trail of destruction. It has claimed one life, a 62-year-old woman found dead in her burned home last week.

“It will be some time before this fire is out, but our challenge now is to make sure we do everything to contain the damage,” said Agriculture Secretary Tom Vilsack, who oversees the Forest Service.

Vilsack toured the Colorado blaze and said it is one of thousands burning nationwide. The National Weather Service has issued warnings of high chances of wildfire activity in nine states, including Colorado.

In New Mexico, the Whitewater Baldy complex has scorched more than 290,000 acres, the agriculture secretary said.

Colorado Gov. John Hickenlooper said a tree struck by lightning about a week ago sparked the mammoth blaze in his state.

Hundreds of firefighters from across the United States are helping local departments battle the blaze. Inciweb reports 303 personnel on site. The blaze was 75% contained as of Sunday.

In addition to the raging flames, hungry and scared bears present a risk, officials said.

Firefighters are keeping their distance. 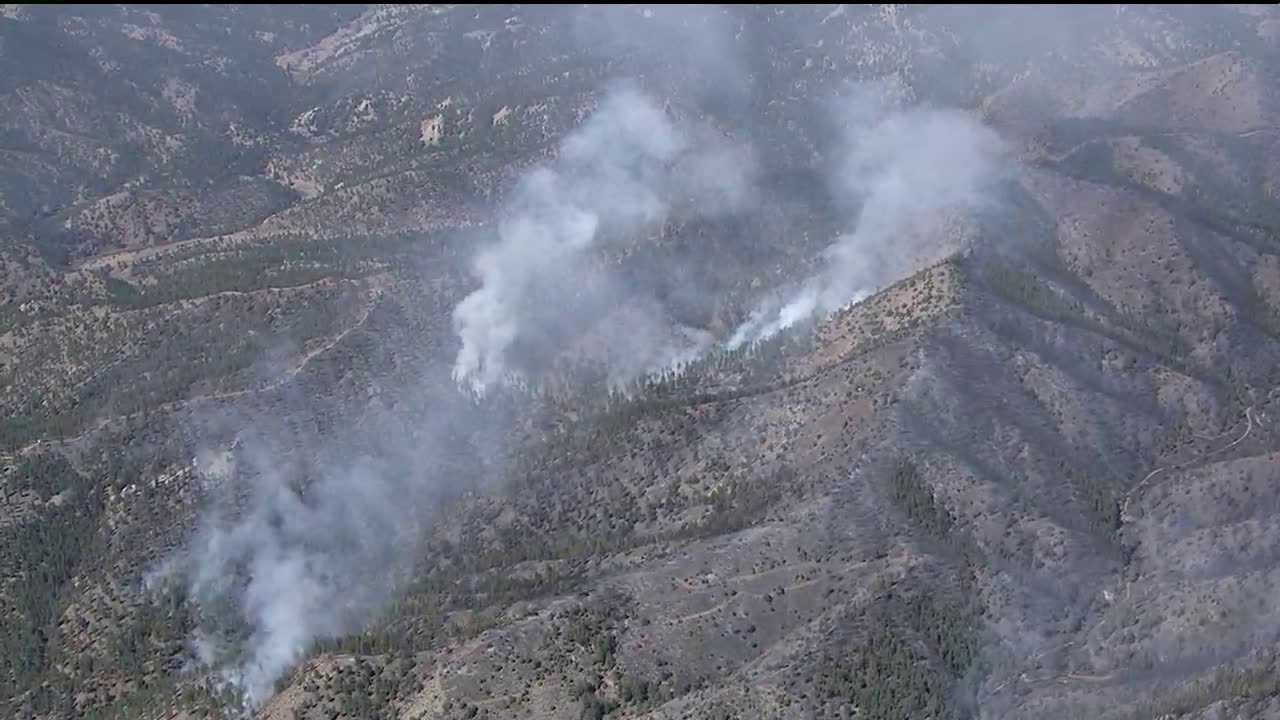