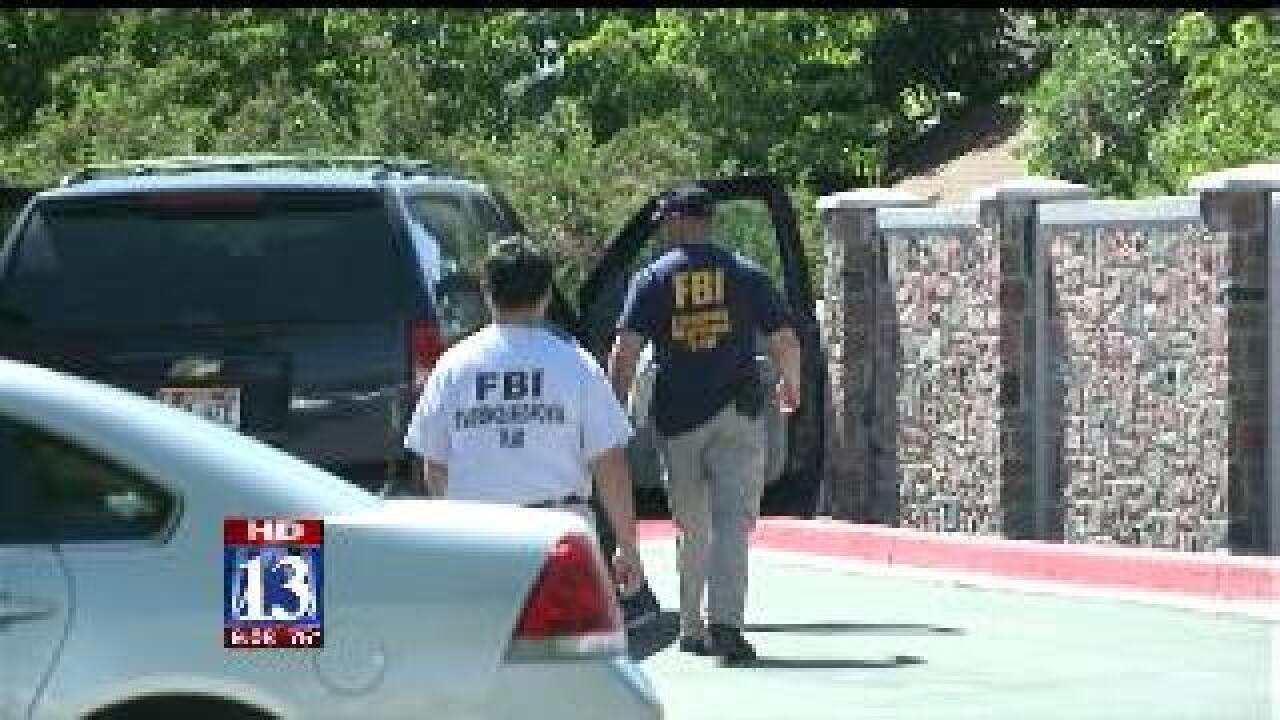 FOX 13 was there as agents blocked off the exits to the building and escorted employees, one by one, into a command post to be questioned. FBI agents at the scene in West Valley City refused to comment.

In a statement, the U.S. Attorney's Office for Utah said the search warrants served were sealed and no criminal charges have been filed. However, the office put out a plea for people who have been using the firm's services to come forward and speak with the FBI.

"Individuals who have been working with the business on a mortgage modification, who would like information, can contact a toll free number established by the FBI at 1-877-236-8947 (press option 2).  The toll-free number will be activated this evening," the statement said.

"A recorded message will advise individuals that they can submit contact information and copies of any documents to the FBI by mailing them to the FBI Salt Lake City Division, attention CC Brown Investigation.  The FBI’s address is 257 East 200 South, Suite 1200, Salt Lake City, UT  84111."

"Individuals can also submit information about the company’s business practices to the FBI by e-mail at saltlakecity@ic.fbi.gov," the statement said.
Attempts to reach CC Brown Law representatives for comment at its Fort Union offices on Tuesday afternoon were unsuccessful. A man who was seen being led into the FBI's mobile command post refused to comment to FOX 13 as he walked to his car.
"I can't say anything, man," he said as he got into the vehicle.
In a statement sent to FOX 13 on Tuesday night, Sentry Legal disassociated itself with CC Brown Law Firm.
"While Sentry Legal is contracted to provide legal support services to the Law Offices of C. C. Brown, we are not, nor have we ever been, a subsidiary, principal or operated under the name of C.C. Brown," the statement said. "Sentry Legal is a separate company from the Law Offices of C. C. Brown. Sentry Legal has not been “raided” by the FBI, in fact, upon hearing of the C.C. Brown news, Sentry Legal has contacted the FBI and U.S. Attorney’s Office to cooperate as needed."
Online, CC Brown Law had numerous websites that appeared to no longer be in service. One listed testimonials, including one that proclaimed the firm "specialized in helping people in getting loan modifications for the last few years. Several people have been helped from the CC Brown Law services and they are looking to help many more."
But also online were numerous websites and even a Facebook group blasting the firm for its customer service and claiming it is a scam.
The Utah Division of Real Estate said it has taken action against the company in 2010. The company was fined $5,000 for advertising loan modification services without a mortgage license, state officials said.
The state of Maryland issued a cease and desist order against CC Brown Law in 2011.
Judy Driggs, the president of the Better Business Bureau of Utah said her office had fielded 55 complaints against CC Brown Law, with people claiming they had given money to the firm to work with lenders. Those people, she said, had lost anywhere from $1,000 to $4,000 without hearing back from the firm.
Copyright 2020 Scripps Media, Inc. All rights reserved. This material may not be published, broadcast, rewritten, or redistributed.