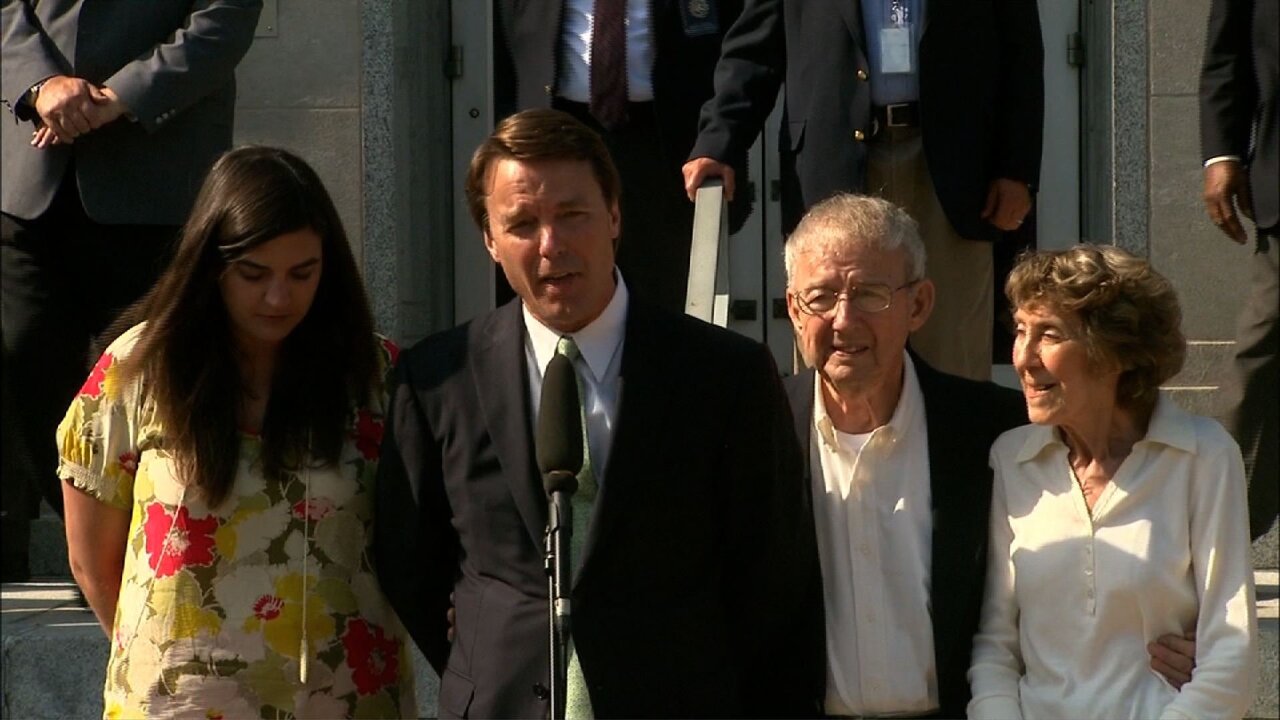 John Edwards addresses the crowd after his trial.

The Justice Department had accused Edwards of using nearly $1 million in illegal campaign contributions to keep his pregnant mistress under wraps as he mounted a second presidential bid in 2008. But after more than 50 hours of deliberation, a North Carolina jury acquitted him on one of the six counts against him and deadlocked on the other five.

“We knew that this case — like all campaign finance cases — would be challenging,” the head of the Justice Department’s criminal division, Lanny Breuer, said in a written statement on the decision. “But it is our duty to bring hard cases when we believe that the facts and the law support charging a candidate for high office with a crime.”

Edwards’ lawyers said in a statement, “We are confident that the outcome of any new trial would have been the same.”