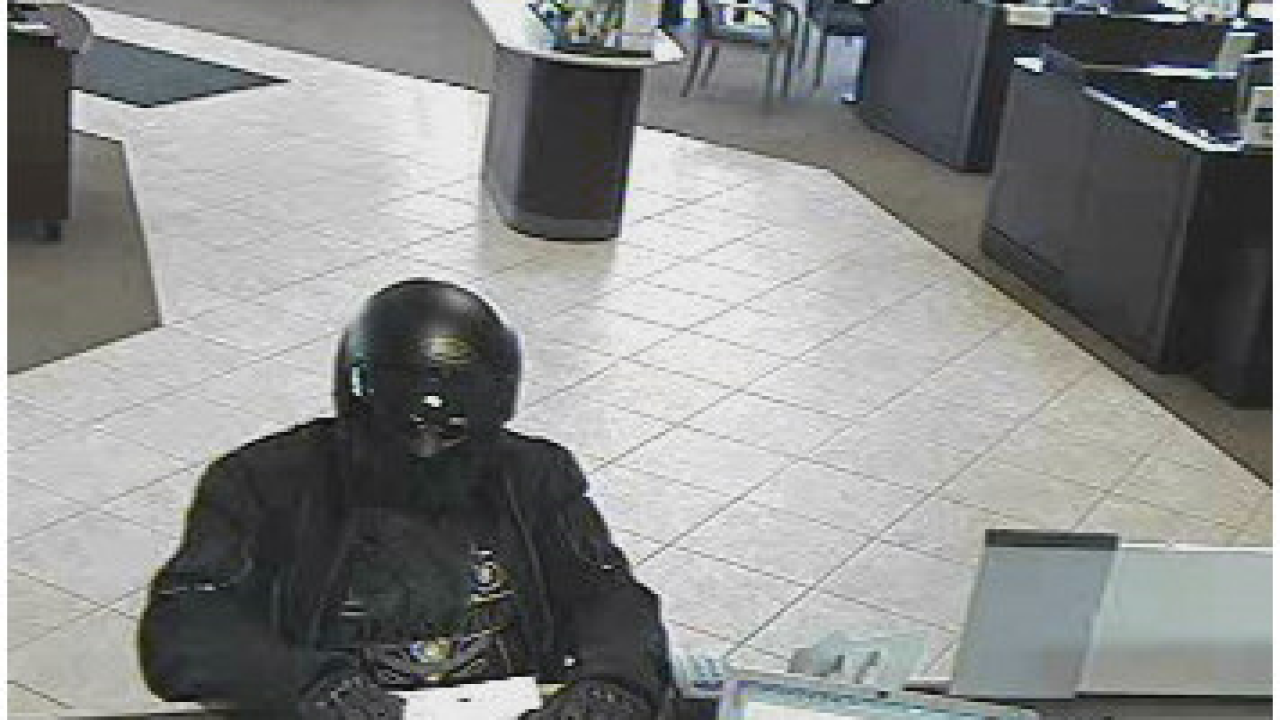 The teller was able to describe the suspect despite the elaborate disguise. The teller says the suspect is a Caucasian man in his mid-30s to early 40s, about 5-feet 9-inches tall. He was last seen walking eastbound from the bank.