Man from Germany dies in vehicle collision near Moab

SAN JUAN COUNTY — A man died after his car was hit broadside on U.S. 191 near the La Sal Mountain Loop Friday afternoon.

UHP Lt. Steven Winward says at about 3 p.m. the driver of a pickup was following behind a dump truck northbound on U.S. 191. He says when the dump truck got in the left lane to make a turn, the pickup continued heading northbound, while Bortfeld, driving a Nissan Sentra, attempted to turn left from the La Sal Mountain Loop and was struck.

Troopers say that Bortfeld apparently did not see the pickup coming and the vehicle slammed into the driver’s side door. 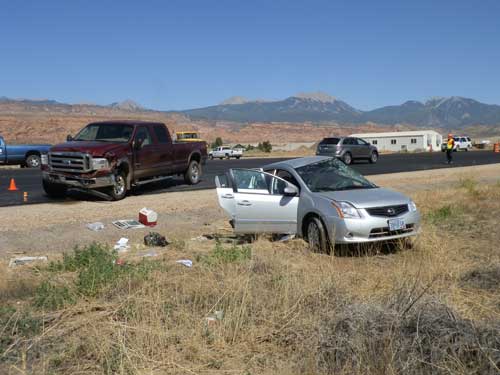