MILLCREEK, Utah — Unified Police say a man broke into a dental office building near 1500 East and 4500 South in Millcreek early last month and are hoping someone knows of his whereabouts.

Police say Wasatch Dermatology and Salt Lake Pediatric Dentistry were burglarized on May 11. When they arrived they found that the suspect had forced entry into the business building and stole cash and property. They say he left on foot.

Police say the suspect is believed to be connected to at least five other burglaries. The suspect’s face is shown from surveillance video and police hope someone will come forward with information.

Anyone with information that can help Unified Police in the investigation is asked to call (801) 272-5225. 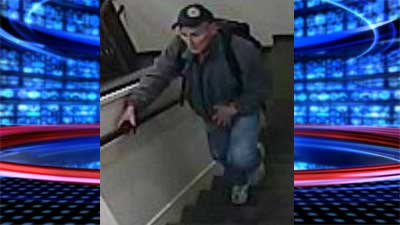